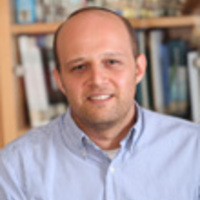 There is a clear tension in the law between exercises of state police power in land-use regulation, including zoning laws, on the one hand, and takings under the Fifth Amendment on the other. Courts have struggled to find a dividing line between the two, but for their efforts we are left only with is a disjointed array of legal tests, each one as flawed as the next. Legal theorists, for their part, must shoulder some of the blame—no single theory can identify the point at which community need outweighs private property rights. Even well-developed theories thus fail to translate into practical application. But this Article is resolved to bridge that gap.

This Article presents a novel theory that provides a unified normative framework for evaluating government interference with private property. It seeks to identify the tipping point at which private property rights must give way to the needs of the community at large. This approach, which I refer to as Property’s Tipping Point, is a burden-shifting framework that accommodates competing theories of property. It builds on landmark Supreme Court cases to provide a unified standard for courts to apply in resolving cases of regulatory takings and exactions.

The approach presented in this Article has both a substantive and a procedural component. It develops two tests that work dynamically to identify the point where community need trumps owner autonomy: the indispensability of needs and the generality of action. The former requires that any government interference with private property is designed to promote community prosperity. The latter test—the generality of action—confines the government to the boundaries of the rule of law. It is only by passing these two tests that a government authority may reach Property’s Tipping Point.