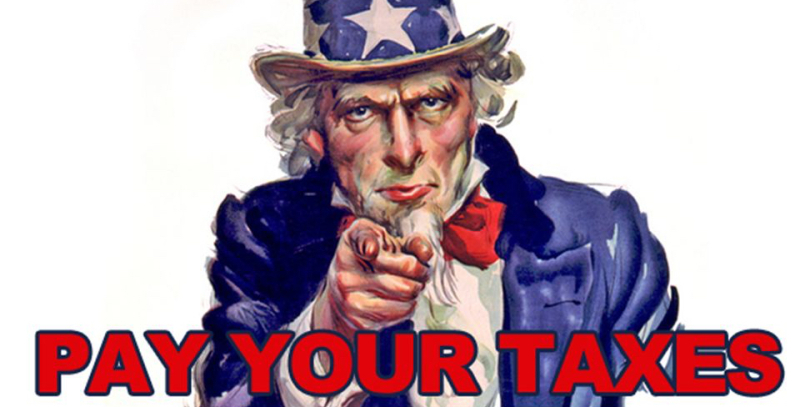 The Trump Presidency is off to a very lively (to put it mildly) start, and tax reform is one of the big issues. Last summer (2016) Speaker Paul Ryan put out a plan called “A Better Way” that set forth a number of significant changes to the U.S. tax code. Some of the more newsworthy aspects of the plan include reducing the number of individual tax brackets from the current seven (starting at 10 and going up to 39.6 percent) to three (12, 25, and 33 percent). Candidate Donald Trump also put out a plan during the campaign, which included cutting the tax brackets down to four, eliminating income taxes for individuals earning less than $25,000 per year (or $50,000 for married couples), and cutting the corporate rate to 15 percent (among other things).

So now that the election is over and Congress and the White House are controlled by Republicans, it’s time to think about how tax reform will affect property law!

Right now it looks like the Ryan plan (rather than Trump's) is the one being most seriously considered by Congress. Just this past Tuesday the speaker attended the weekly Senate Republican luncheon to drum up support for the plan. And while Ryan is having a bit of trouble advancing the cause (even among members of his own party), it’s worth taking a few minutes here at the blog to think about how aspects of the GOP blueprint could have an impact on the property law world.

From my perspective this is not such a bad thing. While the mortgage interest deduction is often lauded as playing a huge role in increasing homeownership in America, it’s been shown over and over again to be a major boon to the wealthy and of very little utility to most Americans. Because the provision allows homeowners to deduct their mortgage interest payments from their taxes, it creates an incentive for purchasing more expensive homes. On the flip side, the tax code provides no comparable incentive for purchasing more affordable housing. Moreover, only about 25 percent of taxpayers even claim the deduction due to the fact that most are not eligible for the benefit. For those that do claim it, it’s mostly higher earners: 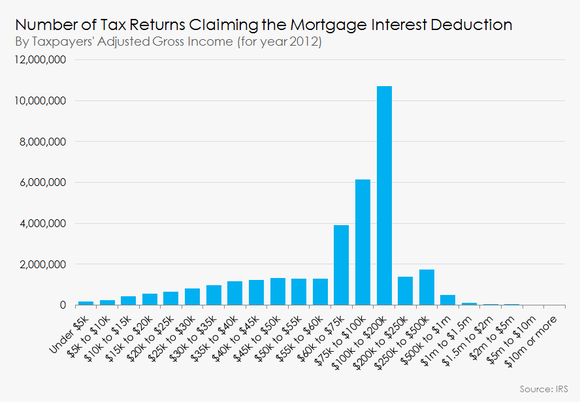 For a great discussion of the issue (and some numbers) check out Dorothy Brown’s (Emory) article Shades of the American Dream (Washington University Law Review).

There are many other real estate-related aspects to the US tax system that are not directly discussed in the plan, but the blueprint does indicate some hostility toward continuing them. Part of the plan states:

“Numerous other exemptions, deductions, and credits for individuals riddle the tax code, making it less fair for those who cannot take advantage of such provisions and more complicated for everyone. . . This Blueprint will repeal these special-interest provisions to make the system simpler, fairer, and flatter for all families and individuals.”

The result of this language has suggested to some in the real estate community that programs such as the Low-Income Housing Tax Credit may be on the chopping block. This Reagan-era program (for all its incredible complexity – see here for a great explanation of the transactional structure by the US Office of the Comptroller) is credited by major real estate industry groups as being “the most successful affordable rental housing production program in U.S. history.” Others say the program is “an economic win for communities across the nation in need of additional affordable housing units.”

Another tax break that seemingly will be lost includes the exclusion from taxation for gain on what is called a 1031 "like-kind exchange." This is a transaction whereby the owner of real property engages in a sale and then uses the proceeds of the sale to purchase similar real estate. In doing so, any gain realized is not taxed. This is a powerful tax deferral tool for investment purposes because it allows you to change the form of your investment without having to cash out or pay taxes on the gain. Rather, you can roll the gain over and over from one piece of investment real estate to another and thereby avoided paying taxes until you actually sell for cash years later.

Lastly, the popular tax provision that excludes gain realized from the sale of a principal residence up to a certain amount ($250,000 if single, $500,000 if married) may also be lost. Numerous homeowners rely upon this provision to avoid tax liability when they sell their home for more than what they paid for it.

We’ll have to wait and see whether all or any of these changes come to fruition. Powerful interests have already started to line-up behind these tax provisions—no one wants to give up their special interest break, particularly those in the real estate and homeownership community. But then again, in this political climate who knows!? Stay tuned!

These tax changes could actually have the effect of increasing housing production, as I argue in The Rise of the Homevoters Current tax breaks induce people to buy too much housing for too high a price. This makes them way too concerned about other developments in their community, thus feeding the NIMBY syndrome. Reducing the gale force winds that drive homeownership to a stately breeze would make homeowners less crazy about zoning changes and land development generally.