There’s a song in Fiddler on the Roof that begins, “Wonder of wonders, miracle of miracles.” That’s how I felt on May 26 when the word usucapion was called out at the Scripps National Spelling Bee.

Holy bovem, Batman! Roman property law has made its way into popular culture! Who saw that coming? Certainly not the hundreds of students I have taught at Tulane who generally groan when I discuss the Corpus Juris Civilis. Hell, I never thought that Roman modes of acquiring ownership through possession would make it to the big time, but last Thursday it happened. Roman property law was front and center. And on ESPN, no less!

As a person who writes in comparative property law and thus manages to make generally old doctrines that date back to the 1200s even older by talking about their Roman roots, I felt like this when I heard the word called out. When I saw Twitter posting after Twitter posting on the topic, I started singing "I'm so excited."  (My apologies to those of you who were also staying at the Hawthorn Suites in Champaign, Illinois and got stuck hearing my outburst.)

It was all pretty darn cool. 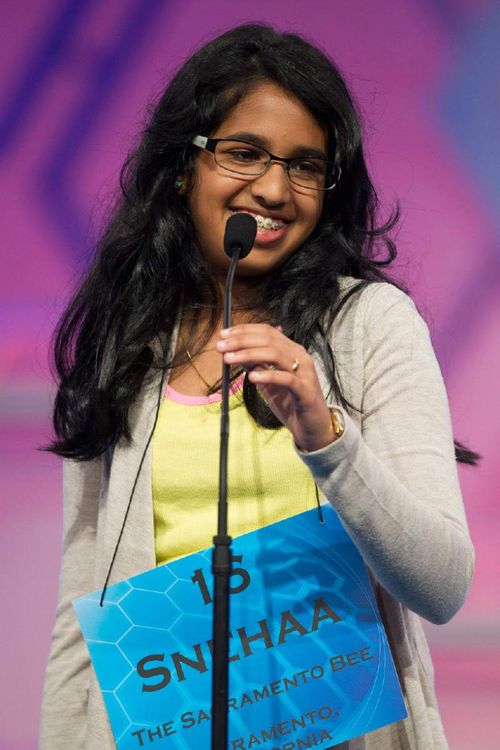 Unfortunately Snehaa Ganesh Kumar misspelled usucapion (she spelled it usicapion, which is super close, but the National Spelling Bee is way more serious than horseshoes or hand grenades). That’s okay. You are still a rock star in my book, Snehaa! In fact, your misspelling of the word brought more light to the ancient Roman concept, because let’s face it, who remembers the words the spelling bee contestants spell correctly?

Now that we can all spell usucapion, it is worth talking about what it means. Usucapio in Roman law was the idea that possession of a corporeal thing for the requisite period of time could ripen in to dominium (full ownership) of the thing. The need for some means of acquiring ownership through possession arose in Roman law because of the strictness and inconvenience in how property, and particularly land, was conveyed. Usucapio, then, provided a private method of ensuring the transfer of ownership of land, even when there was a defect in the title.

Usucapio applied on to Roman citizens, though eventually a similar concept, prœscriptio, was developed for foreigners to acquire property. To acquire ownership through usucapio, one had to be in good faith (bona fiedes) and have a lawful origin for claiming ownership (iustus titulus). Property that was stolen could not be acquired through usucapio. Similarly, violence could not be used to acquire property via usucapio. Initially, the period of possession required for usucapion was only two years for immovable property like land, and one year for movable property. Eventually, though, Justinian altered the time periods to require ten years of possession if the true owner of the property as present, and twenty years of possession if the true owner was absent.

Usucapion, as is evident by now, is the analog for our modern doctrine of adverse possession. My guess is that most people won’t introduce usucapion into their 1L property classes. Having introduced the concept to my 1Ls before, my experience is that it doesn’t go over as well in practice as I think it will, but maybe that’s just me. Suffice it to say, I’ve never had a student say, “Wow, that’s so cool. Will you teach us more Roman law, please?” But, in thinking about modern adverse possession law, it is always helpful to remember the original purpose and application of the Roman equivalent. I know of no state in the United States that requires more time of possession when the true owner is away from his property, but if a goal adverse possession is trying to achieve is to put the true owner on notice that someone has a competing claim for her land, should we give the true owner more time when she is away? Or does our purpose of keeping land in commerce trump so that the reverse should be true? Should good faith matter? Lots of jurisdictions believe it does. Were the Romans right on that point? All great questions to think about as we continue to ponder the doctrine of adverse possession.

So thank you Scripps Spelling Bee and Snehaa for reminding us about the ancient origins of the modern doctrine. And a big thanks for making Roman law cool to talk about, even if only for a passing moment.