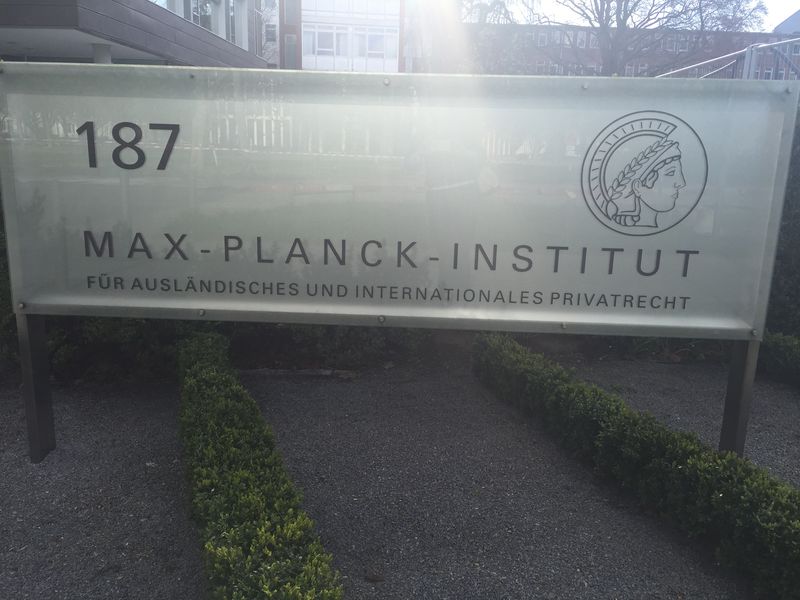 I have just returned from a wonderful PostDoc Conference at the Max Planck Institute in Hamburg. This was my first trip to Max Planck and it was outstanding. In fact, beyond outstanding. If you are presented with the opportunity to go, don’t think twice, just say yes.

During the conference, two papers were presented on comparative community property law. The authors, Pablo Quinzá Redondo (University of Valencia) and Paulina Twardoch (L’Université de Silésie à Katowice), do not receive regular shout outs on this blog, so I wanted to highlight their exciting work. 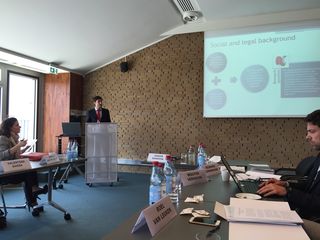 Redondo’s paper, Substantive and Conflict-of-Laws Aspects of Matrimonial Property Regimes in the European Union, detailed the movement over the past five years to codify a conflict-of-law regime for matrimonial property in the EU. Redondo highlights that throughout EU countries, there are differences in both the substantive laws of marital property and the private international law rules. As to the former, the civil law countries of the EU—France, Spain, etc.—have matrimonial property (aka community property), whereas the common law countries like England have what we would term in the United States separate property. With regards to conflict of laws, England and Wales tend to take a lex fori approach, while the other countries have adopted various national conflict-of-law principles. These differences make difficulties for the growing number of cross-border marriages throughout the EU. Redondo analyzes the recent movement throughout the EU to create a unified conflict-of-laws approached for matrimonial property and asserts that such a unified system would be superior to the current system.

Twardoch’s paper, La Proposition de Règlement Européen en Matière de Régimes Matrimoniaux de la Perspective du Droit Polonais, discussed the Polish perspective on the movement to unify EU conflict-of-law rules as they pertain to matrimonial property. Twardoch notes that Poland’s stated dispute with the unification movement has been that the proposed conflict-of-law rules apply to all marriages, including same-sex marriages. (In case it is not obvious, Poland is in the group of EU countries that constitutionally prohibits same-sex marriage.) Twardoch’s task, then, is to examine how application of the proposed EU rules would impact matrimonial property in Poland. She does so by looking at a number of areas of matrimonial property and family law, including prenuptial agreements, obligations of spouses, and inter-spousal donations, to name a few. 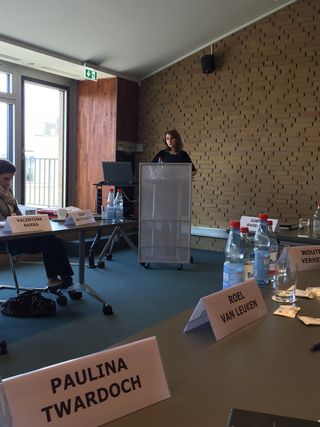 Both papers were excellent and deserve mentioning for that reason alone. However, it also reminded me that legal issues arising in the United States occur everywhere. In the United States, there are nine community property jurisdictions. Married couples move regularly, and it is not uncommon for spouses to move from a separate property state to a community property state or vice versa. U.S. courts struggle with what conflict-of-law rules should apply to such spouses. So far, there are at least seven different sets of rules that courts in different jurisdictions have applied to such mobile spouses. (Check out chapter 21 of the textbook Community Property in the United States if you want to read more on this topic.) Following Obergefell, how community property laws, equitable distribution laws at divorce, and a variety of distribution laws at death have caused consternation for judges across the country. One of my co-bloggers, Chris Odinet (Southern University), has written on this topic with a friend of ours, Andrea Carroll (LSU). No doubt more on the topic will be (and should be) written. By watching what happens in the EU, the U.S. may gain insights as to how to handle our similar issues in the area of community property.