Malheur and losing trust in the rural West 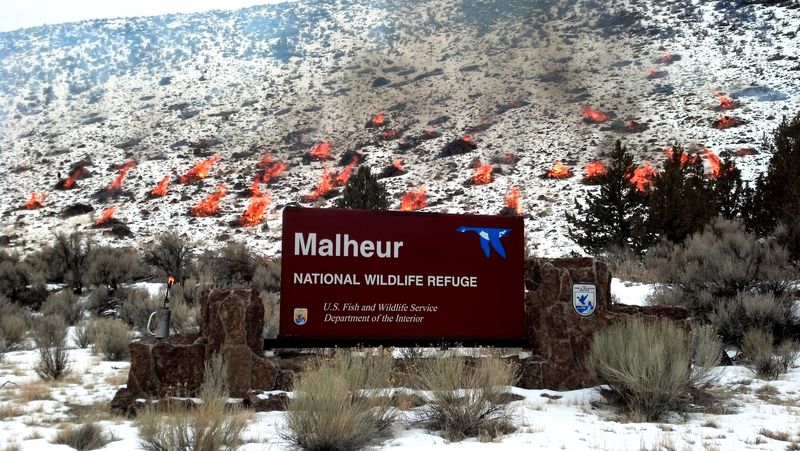 When Ammon Bundy and his crew of militants occupied the Malheur National Wildlife Refuge, they briefly forced western public lands management into the national consciousness. The reactions have at times shaded toward humor, condescension, and elitism, both cultural and intellectual, with unfortunately somewhat limited substantive coverage of the relevant cultural and policy issues that are the foundations of public lands conflict (the excellent regional publication High Country News being a notable exception). But for those of us who care about the West, the Malheur occupation, and the nation’s reaction to it, have the potential to be much more tragedy than farce, even if the militants eventually quietly retreat to their homes.

Because assuming the occupation ends peacefully, perhaps the most significant effect—and perhaps tragedy—of the Malheur situation will be the poisoning of public opinion with respect to the role rural westerners should play in managing the public lands.

In the preface to his excellent book on public lands policy, Crossing the Next Meridian, Charles Wilkinson argues that “law grows up from the people it serves by codifying the values of nonlawyers, of the citizenry at large. Viewed in this light, law must be accessible to the public, for it is—or ought to be—the manifestation of public will.” This notion, while uncontroversial in an abstract sense, is somewhat more complicated in the public lands West, where the primary point of contention is how we define the “public.”

The Malheur Refuge—even more than the Bureau of Land Management-administered “public lands” that surround the refuge and are the primary source of rancher distrust in the federal government—is part of our national birthright, and belongs in a real and enduring sense to all Americans. But even in acknowledging that fact, it seems appropriate to recognize that westerners experience and connect with the public lands in a much less abstract way than non-westerners do. I do not think it is inconsistent to say that even as these lands belong to all of us, they belong to some of us differently than others. This is the fundamental idea behind place-based conservation, collaborative natural resources management, and even federalism or localism: that those who live in and best know a place might have something significant to contribute to its management and future.

So for those of us who disagree with the ideology and strategy of the Malheur militants, it would be a tragic mistake to respond to this newest skirmish in the Sagebrush Rebellion by fomenting distrust of the rural West. Even in the context of public lands management, place matters, as does consideration of the people who do, in fact, know and love that land most (or certainly believe that they do). The public lands do belong to all Americans. But if collaboration, place-based conservation, or Stegner’s claim that “cooperation … is the quality that most characterizes and preserves” the West are going to matter, we must learn to trust the people that live there. And of course, they must earn that trust.

The future of the public lands West depends on our nation trusting the western peoples that live on, love, and are part of our public lands, and we will rue the loss of that trust long after the Malheur militants have given up and gone home. That might be the ultimate tragedy of the Malheur occupation.