Bray on the Strange and Tragic Stability of Texas Groundwater Law

One recurring question in the academic literature on common-pool resources relates to the persistence of “tragic” commons regimes — systems that encourage, or at least tolerate, the inefficient, wasteful, hazardous, or unfair exploitation of a resource that is easily accessed for and diminished by individual use and consumption. Of course, not all commons are tragic: some common-pool resources invite individual access in efficient, fair, and durable ways. Yet many commonly held resources do lie under systems of governance that are not just tragic but persistently and stubbornly so. Often the tragic aspects of such commons regimes are well known; indeed, for some tragic commons regimes, they are almost self-evident.

Recent literature has pointed out the ways in which tragically stable commons regimes can resist forces of change and emerging values from rival institutions and analogous commons contexts. In this Article, I pursue a related line of inquiry to examine a different and previously under-examined phenomenon. Using Texas groundwater as an example, I show how an internally dynamic commons regime on the cusp of positive change can be tragically stabilized by values and legal doctrines drawn from rival institutions and analogous commons contexts. I then argue that unless this tragic crossover is decisively broken, the law and institutions that govern Texas groundwater are likely to remain tragically stable.

Some Housing Stuff From the Elections in San Francisco 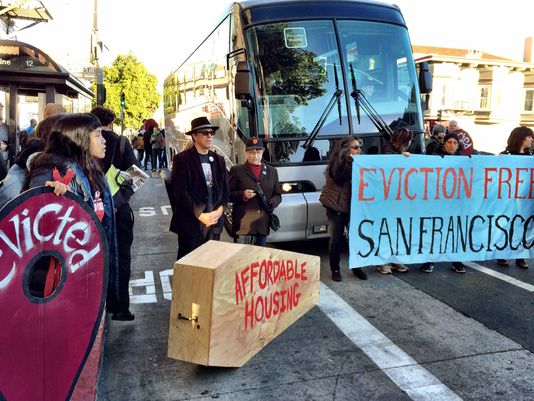 It turns out the people of San Francisco aren't quite as anti-market as many thought.  In the elections last week,  the people defeated measures that would have dropped far greater regulations on Airbnb and imposed an 8- to 30-month moratorium on any housing development in the Mission that is not 100 percent affordable.  For a full summary of the regulations, check out this piece from CityLab.

Lewyn on Nuisance and Apartment Buildings

Michael Lewyn (Touro) has posted Is an Apartment a Nuisance? (Real Estate Law Journal) on SSRN.  Here's the abstract:

In an ongoing Texas lawsuit, some homeowners allege that a nearby apartment building will constitute a nuisance. This article asserts that courts should generally reject nuisance claims against multifamily housing, based on the public interest in favor of increased housing supply and infill development.

Map of the Day: Every Traffic Accident in America Butler on Horne and Per Se Takings Rules

In a 2015 decision, the Supreme Court concluded that real and personal property should not be treated differently under the Takings Clause and that a government condition requiring raisin growers, in certain years, to reserve a percentage of their crop for government to manage in noncompetitive venues was a per se physical taking. The decision to treat both real and personal property as equally worthy of protection under the Takings Clause has merit given the weak historical evidence suggesting stronger protection for land and the importance of personal property to income generation and capital development in a modern society. What does not make sense is the Court’s continued expansion of its per se physical takings concept to govern many types of property and regulatory settings. Both real and personal property come in many sizes, shapes, and colors. Takings analysis should not ignore differences in the types of property, nor in the complexities of the various property settings. These differences relate to the nature of each type of property, to the traits and characteristics of the property interests and resources, and to the legal rules and principles defining and managing those interests.

Under a per se approach, those differences do not matter. Under a per se approach, the Court’s physical takings analysis is simplistic and one-dimensional: did government physically appropriate, seize, or invade private property without payment of just compensation? Generally left out of the equation is any consideration of the public interest or third-party concerns, regardless of their importance or their role in shaping the property interest. Nor does a physical appropriation actually have to occur. The per se physical taking may instead be more conceptual than actual or may involve one right in a bundle of rights, still leaving the property owner with other rights. In its drive for clarity and simplicity, the Court thus has posed a serious dilemma for takings jurisprudence: the difficult task of solidifying constitutional protection for all types of property with an all-encompassing, absolute rule that can provide sufficient predictive value for the complex contexts of modern-day property. What the Court’s approach overlooks is property’s ability to evolve and provide order for emerging resources and new forms of property. What the Court’s approach overlooks is the need to develop constitutional principles that reflect property’s richness and frontiers.

Jaime Bouvier (Case Western) has posted How Cities Are Responding to the Urban Agriculture Movement with Micro-Livestock Ordinances (Urban Lawyer) on SSRN.  Here's the abstract:

As the food movement grows, and more people care about how their food is produced, many are taking control by growing and producing it themselves. This includes raising animals like chickens, goats, and bees for eggs, milk, and honey. In response, cities are re-examining their zoning codes so that people who want to do so, can do so legally and in ways that can work in dense urban environments. This paper examines both the movement to raise micro-livestock in cities and cities that have created comprehensive micro-livestock ordinances to accommodate it.

Can You Shoot a Drone Flying Over Your Property?

In parts of Kentucky, the questions has been settled in the affirmative:

[Here's] the case of a Kentucky man named William Merideth—otherwise known as the Drone Slayer.

On July 26, 2015, after his daughter reported seeing a strange drone hovering nearby, Merideth grabbed a 12-gauge shotgun, stepped onto his porch, and fired at the object once it crossed over his property line. The drone went down, and, according to Merideth, its owner soon arrived to retrieve it. “Four guys came over to confront me about it, and I happened to be armed, so that changed their minds,” Merideth told WDRB back in July. “I told them, ‘If you cross my sidewalk, there's gonna be another shooting.’ ” The men retreated. Somewhere in America, “The Star-Spangled Banner” played. Then, as was inevitable, the cops showed up; Merideth was arrested and charged with criminal mischief. Sic transit gloria, I guess.

On Monday, however, the Drone Slayer was exonerated in a county court when Judge Rebecca Ward dismissed the charges against him. Judge Ward reasoned that Merideth was merely defending his right to privacy when he fired at the offending drone, which Merideth feared was being used to spy on him and his family. “I feel vindicated,” Merideth told WAVE3 News. “Police told me there was nothing they could do about it. Nobody would do anything about it, so I did something about it.”

This article focuses on two aspects of smart growth policy that have thus far received little attention: maximum parking and minimum density requirements. To ascertain the frequency of such regulations, we examine the zoning regulations of twenty-four mid-sized cities, defined as those with populations between 500,000 and one million residents. The article concludes that the first type of regulation is somewhat common, but is usually restricted to certain types of land uses or sections of a city. Minimum density requirements, by contrast, are quite rare and quite lenient. Because these types of regulations have received little scholarly attention and are often fairly recent, it is too early to draw any firm conclusions about their effects.

Cheng on Takings Law in China

Property rights are considered fundamental in constitutional jurisprudence and essential for economic development. However, China’s economic growth over the past 30 years has posed a special paradox to many theorists: for some, it is a mysterious phenomenon that China could continue rapid growth for a few decades without proper contract law until 1999 and without constitutional private property rights until after 2004. For others, the lack of property rights explains the social unrests arising from land-taking and the potential risk of non-sustainability of further development.

This does not mean that there is no property protection in China; both the Constitution and other relevant laws provide for property rights. However, it is the security of property rights that is questioned. Not only do individuals find themselves vulnerable when government agencies (the State) take their property, but also collective organizations in rural areas fail to resist expropriation requests from the State. According to the original text of Article 10 of the 1982 Constitution, “The state may in the public interest take over land for its use in accordance with the law. No organization or individual may expropriate, buy, sell or lease land, or unlawfully transfer land in other ways.” It was not until 2004 when the 20th and 22nd Amendment of the Constitution added compensation to the original clause.

Abana Tabb carries a small cardboard sheet hand-printed with the words "Help Please Homeless" while he panhandles in downtown Chicago, often near the Metra station at Millennium Park.

His homelessness is something of a contradiction, though. Cook County land records show that Tabb owns six properties in the Chicago area, thanks to an investment corporation that passed deeds to him. "I feel like Donald Trump with all them houses," Tabb said, laughing on a rainy afternoon in the Burger King at the Millennium Park station.

But the run-down properties owned by Tabb — who was subsequently named in several lawsuits — wouldn't likely be holdings in Trump's portfolio. They include a boarded-up house in Dixmoor, a dilapidated house in Chicago's South Shore neighborhood and three vacant lots in the Grand Crossing, Back of the Yards and Englewood neighborhoods on the South Side.

Those holdings are what real estate agents call distressed properties, and they were transferred to Tabb by Z Financial Illinois G Properties LLC, a property investment firm with offices on LaSalle Street in the Loop, where Tabb occasionally panhandles.

Tabb said he never lived in them and until recently didn't know he was their owner.

In honor of the beginning of the month, here are the most downloaded property articles on SSRN over the last 60 days: