Why Do Pandas Born in the U.S. Belong to China? 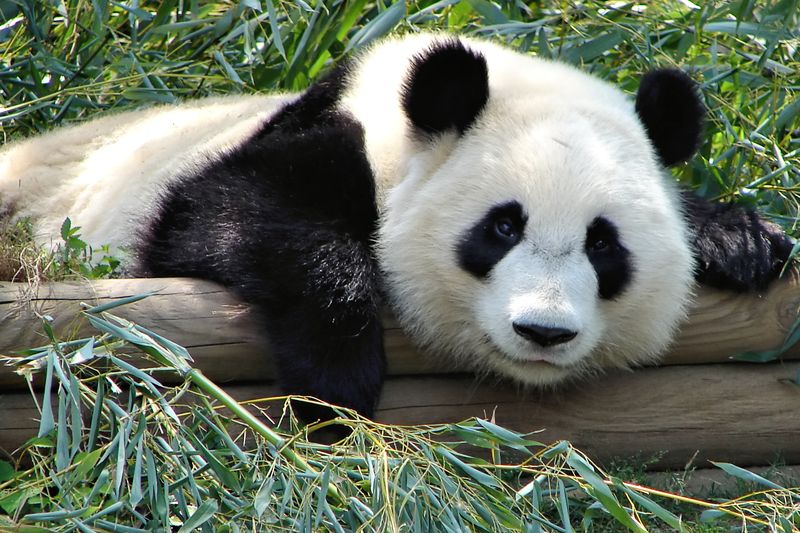 Because China owns all of the world's pandas and rigidly enforces the loan agreements it makes with zoos around the world.  The Vox explains:

On Saturday, a pair of tiny baby panda twins were born at the National Zoo. The cubs' mother, Mei Xiang, has lived in the United States since 2000. The newborns could be the offspring (via artificial insemination) of another, Tian Tian, who also lives at the National Zoo . . . .

Yet despite their American credentials, the cubs are the property of the Chinese government — as are their parents and all other giant pandas in zoos around the world. And if, a few years from now, the US does something that displeases the Chinese government, one or both cubs could be taken away.

It's happened before. In 2010, China took 4-year-old US-born cub Tai Shan (née Butterstick) from the National Zoo— the only time China has ever permanently repatriated a panda in the modern era. Only a few days before Tai Shan was taken to China, the Chinese government had warned President Obama not to meet with the Dalai Lama on a diplomatic visit — and threatened that it would strain US-China relations if he did. The meeting happened anyway.

[...] Unlike other "charismatic megafauna," pandas are only native to a single country. That gives China much more control over the treatment of pandas than, say, sub-Saharan African countries have over elephants. And it's used that control to its advantage . . . .