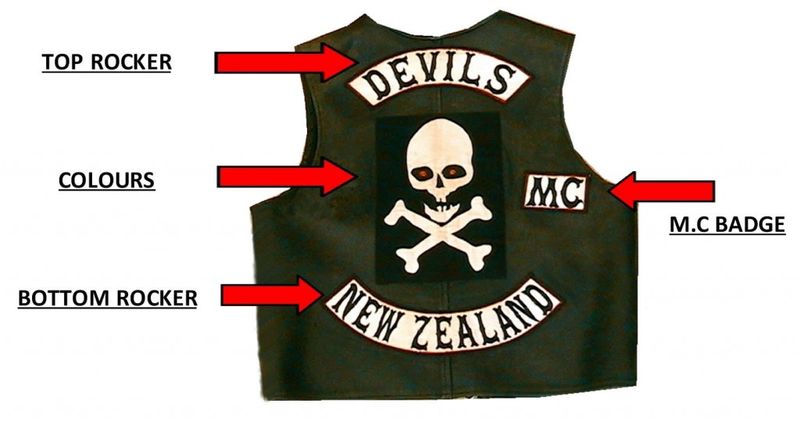 It turns out that the nasty shootout between two motorcycle gangs in Texas may have it's origin in a dispute over who controls certain "bottom rockers."  From an interview with a DEA agent:

What caused this shootout in Waco is the coveted bottom rocker. [...] So, I’ll try to explain this in laymen’s terms: When you watch Sons of Anarchy, they have those vests they wear that have what we call their colors. And on the back it shows their trademark, which is their symbol. And at the top, above the backpatch, is the name of the gang—and at the bottom is the state you’re claiming territory to. So the Bandidos have state claim to Texas. And they don’t allow any other motorcycle gang to be in that state and wear a Texas bottom rocker. They’ll allow some smaller motorcycle gangs to exist as long as they don’t wear that Texas bottom rocker. And what happened here was, the Cossacks have been around since 1969, the Bandidos since 1966. The Cossacks always stayed out of being a motorcycle gang, but they’ve been growing in numbers, and becoming more and more hardcore. So they decided that they were going to wear the Texas bottom rocker—which is telling the Bandidos that they believe that this is their territory, and they’re willing to die for that claim.

For more on colors, one-piece patches v. three-piece patches, and the differences between a riding club and a motorcycle club, see here.

Listed below are links to weblogs that reference Motorcycle Gangs Have Complicated Property Rules About Bottom Rockers: