Map of the Day: The Diminishing Range of Children 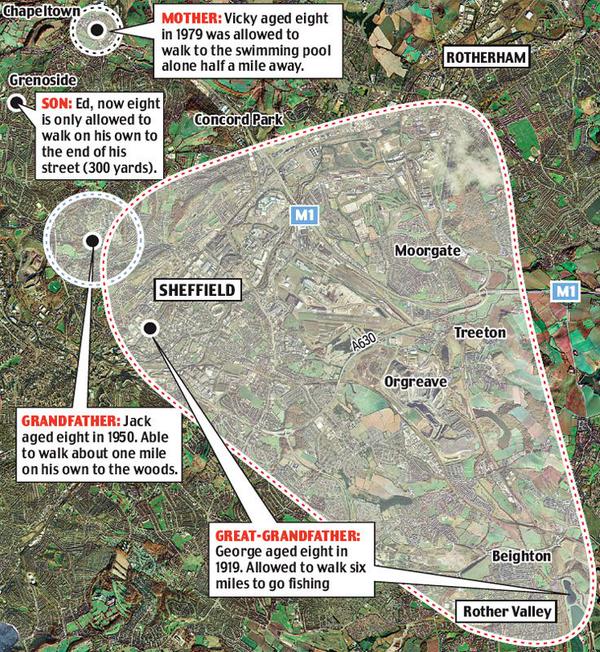 When George Thomas was eight he walked everywhere. It was 1926 and his parents were unable to afford the fare for a tram, let alone the cost of a bike and he regularly walked six miles to his favourite fishing haunt without adult supervision.

Fast forward to 2007 and Mr Thomas's eight-year-old great-grandson Edward enjoys none of that freedom. He is driven the few minutes to school, is taken by car to a safe place to ride his bike and can roam no more than 300 yards from home. Even if he wanted to play outdoors, none of his friends strays from their home or garden unsupervised.

The contrast between Edward and George's childhoods is highlighted in a report which warns that the mental health of 21st-century children is at risk because they are missing out on the exposure to the natural world enjoyed by past generations.

Listed below are links to weblogs that reference Map of the Day: The Diminishing Range of Children: