There Are Still 36 Million Slaves in the World 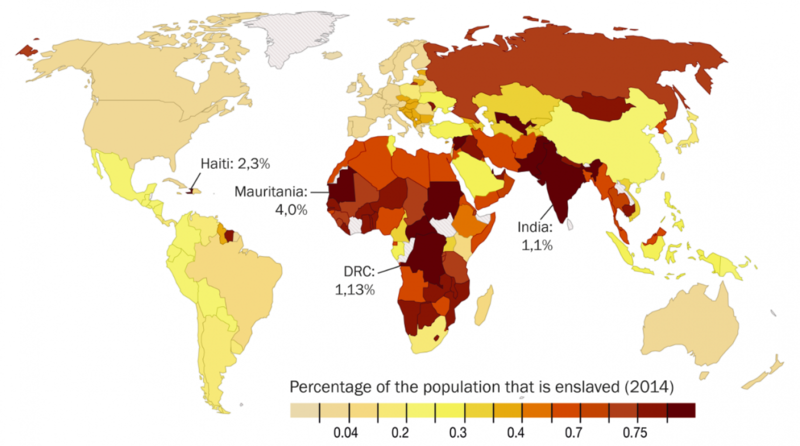 Nearly 36 million people in 167 surveyed countries live in modern slavery. Such exploitation is not unique to Asian or African countries and is even present in the United States where a report released by the Australia-based Walk Free estimates about 60,000 slaves exist in the shadows of American society.

Modern slavery can take many forms that are not necessarily part of more traditional definitions of slavery. The authors of the Global Slavery Index broadly define modern slavery as involving "one person possessing or controlling another person in such as a way as to significantly deprive that person of their individual liberty, with the intention of exploiting that person through their use, management, profit, transfer or disposal." This includes people subjected to sex trafficking or indentured by debt bondage.

Listed below are links to weblogs that reference There Are Still 36 Million Slaves in the World: