People in the West Should Pay More For Water 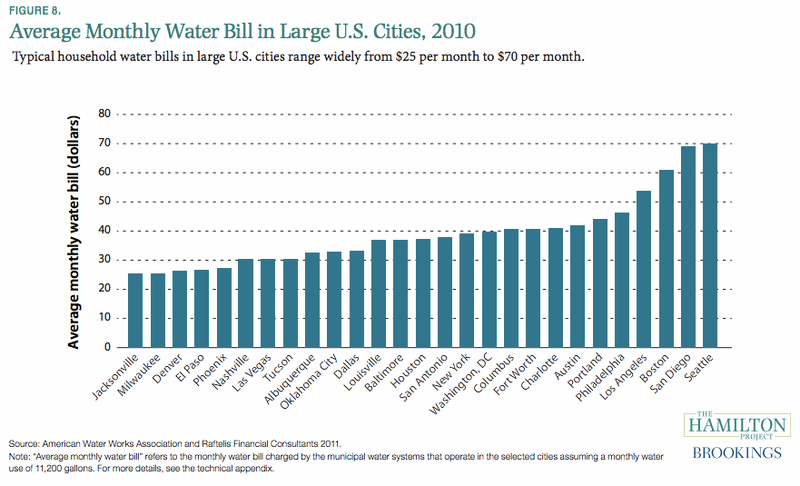 Brad Plumer links to an incredible  chart from The Hamilton Project’s “Nine Economic Facts about Water in the United States“:

What’s interesting is that many cities in dry areas – Denver, El Paso, Phoenix, Las Vegas – have some of the lowest water bills around, whereas a wet city like Seattle has much higher bills. Some of that can be explained by provisions in the Clean Water Act that required cities like Boston to upgrade their sewage-treatment systems. Still, the disparity is notable. Other surveys have also found that there’s little relationship between the price of water and how scarce it is.

The report notes that some cities, like Phoenix and Los Angeles, have begun to reform their pricing schemes so that heavier water users get charged more. But this is hardly universal. In most parts of the United States, the price of water doesn’t reflect the infrastructure costs of delivering that water or the environmental damage that excessive water withdrawals can cause. As long as that’s the case, there are few market incentives to conserve or allocate water more efficiently.

Listed below are links to weblogs that reference People in the West Should Pay More For Water: