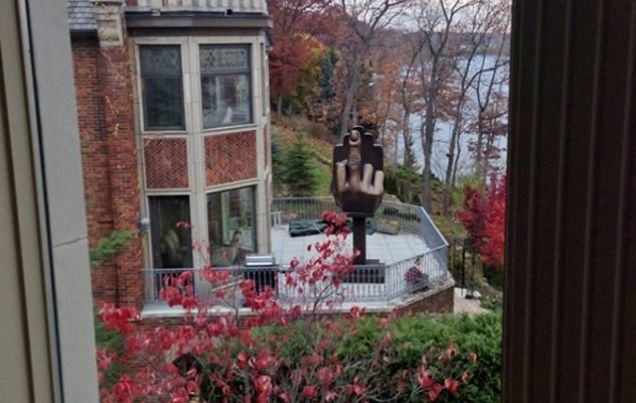 Gawker does some reporting on the above picture:

A Michigan man has reportedly gone to Internet-ready lengths in order to troll his ex-wife with a daily reminder of his feelings towards her.

According to a person claiming to be the ex-wife's daughter, the crazy-wealthy Bloomfield Hillsman, identified only as "Alan," allegedly purchased the house next door to his ex . . . .   He then went a step further and purchased an expensive bronze statue of a middle finger, which he placed on the back porch and aimed at his ex-wife's house. As if that weren't quite enough passive aggression, Alan ensured the statue was visible 24/7 by shining a spotlight on it after dark.