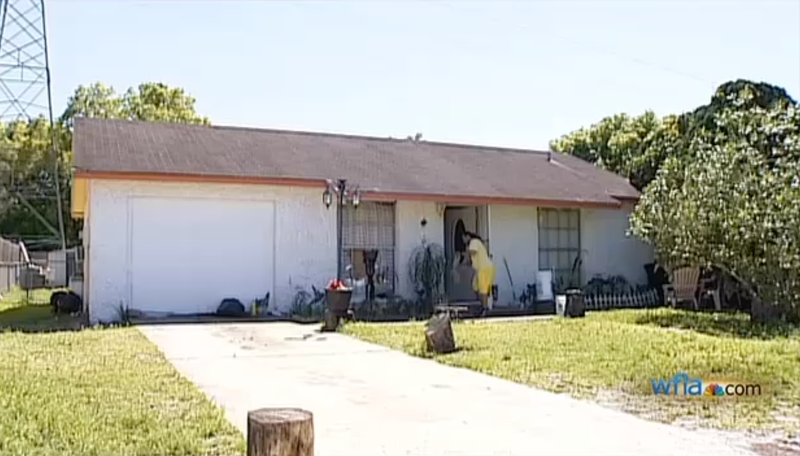 A story out of Florida has a lot of people angry:

Soldier Michael Sharkey was deployed to Afghanistan two years ago and asked a friend to watch over his house in New Port Richey, Florida. Sharkey never thought that he would have to fight a battle to save his home from ex-convict squatters.

As reported by WFLA News Channel 8, strangers broke into the home Sharkey shared with his wife Danielle, changed the locks, then moved in. The squatters, Julio Ortiz and his girlfriend Fatima Cardoso, then refused to leave. Ortiz claims that there was a verbal ‘contract’ made with Sharkey’s friend who was watching the home. Mr. Ortiz said the agreement was that he would live there rent-free while he renovated the house, then later a rental agreement would be worked out. However, Sharkey and Lisa Pettus, Sharkey’s friend, say there was no such agreement.

[...] Sharkey went to the house [with] a sheriff’s deputy with . . .  but was unsuccessful in removing the two squatters. Instead, after Ortiz told the deputy that there was a verbal agreement, the deputy told Danielle that it was a civil matter and he could do nothing.

I find the comments to the story most fascinating. Despite the disputed facts, calls for violence against the "squatters" are almost unanimous.

Listed below are links to weblogs that reference Squatters 1, Soldier 0: