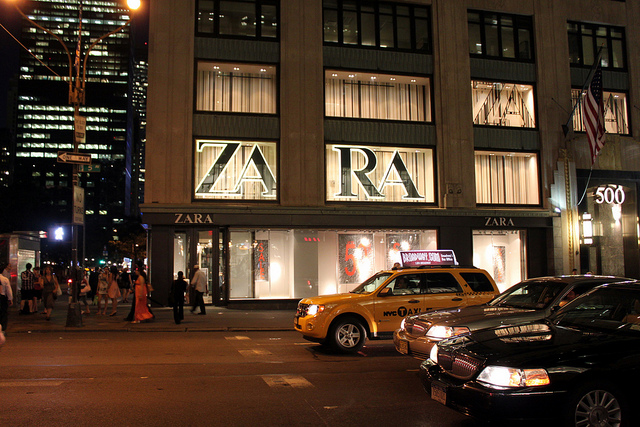 Amancio Ortega Gaona, already the world’s fourth-richest person based on the success of his Zara fashion retail stores, has quietly amassed a real estate empire worth as much as $10 billion and is emerging as a formidable competitor for prime properties from London to Beverly Hills.

Relying on all-cash offers, he has outbid the world’s biggest institutional funds and professional property investors, such as Tishman Speyer Properties LP.

[...] Ortega’s personal real estate portfolio may be closing the gap with Donald Bren, chairman of Irvine Co. of southern California, often cited as the world’s wealthiest real estate investor. Bren’s properties are worth $14.4 billion, according to the Bloomberg Billionaires Index.

[...] At least two of Ortega’s London properties are owned through Luxembourg entities, which he inherited from the previous owners, records show. Using subsidiaries in Luxembourg, which has lenient capital gains tax rules, is a common tactic among investors.

Inditex also uses tax-haven subsidiaries. As reported by Bloomberg News in February, the retailer has shifted $2 billion of profits into a low-tax unit in the Netherlands and Switzerland, helping cut its income tax bill around the world.

Listed below are links to weblogs that reference Building a Property Empire With Cheap Clothes and Savvy Tax Planning: