Map of the Day: The Toll of the Anti-Vaccination Movement 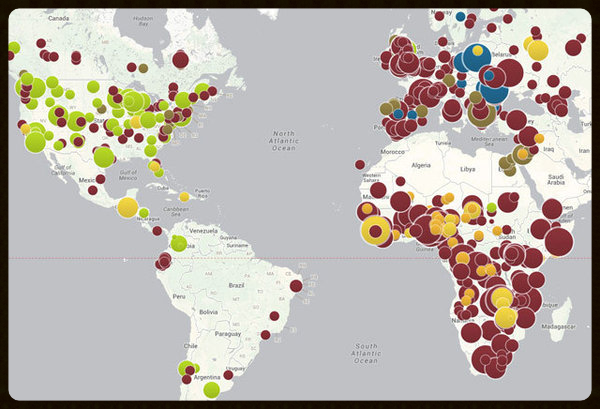 From the LA Times:

A couple of manifestations stand out. One is the prevalence of measles in Europe -- especially Britain -- and the U.S. Measles is endemic in the underdeveloped world because of the unavailability of the MMR (measles, mumps and rubella) vaccine.

But in the developed world it's an artifact of the anti-vaccination movement, which has associated the vaccine with autism. That connection, promoted by the discredited British physician Andrew Wakefield and the starlet Jenny McCarthy, has been thoroughly debunked. But its effects live on, as the map shows. Vaccine panic also plays a role in the shocking incidence in the U.S. of whooping cough, also beatable by a common vaccine.

Listed below are links to weblogs that reference Map of the Day: The Toll of the Anti-Vaccination Movement: