Unauthorized Movie Shot at Disney to be Released 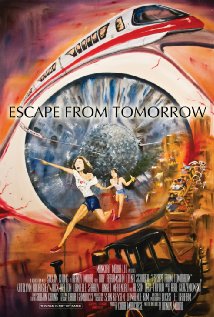 If you are looking for an interesting ripped-from-the-headlines hypo to spark discussion when you are discussing intellectual property, here's another Disney example.  Randy Moore, a guerilla filmmaker shot a movie largely on Disney property, using oodles of Disney IP, without the permission of Disney or any of the park guests that appear in the film.  The film was shown at Sundance and has now secured a distribution deal.  Disney has apparently made no public statement, but hasn't taken legal action either.

Here's a CNN story which has clips from the movie, and a couple of news articles here and here.

Listed below are links to weblogs that reference Unauthorized Movie Shot at Disney to be Released: