Map of the Day: The Actual Discoveries of European Explorers 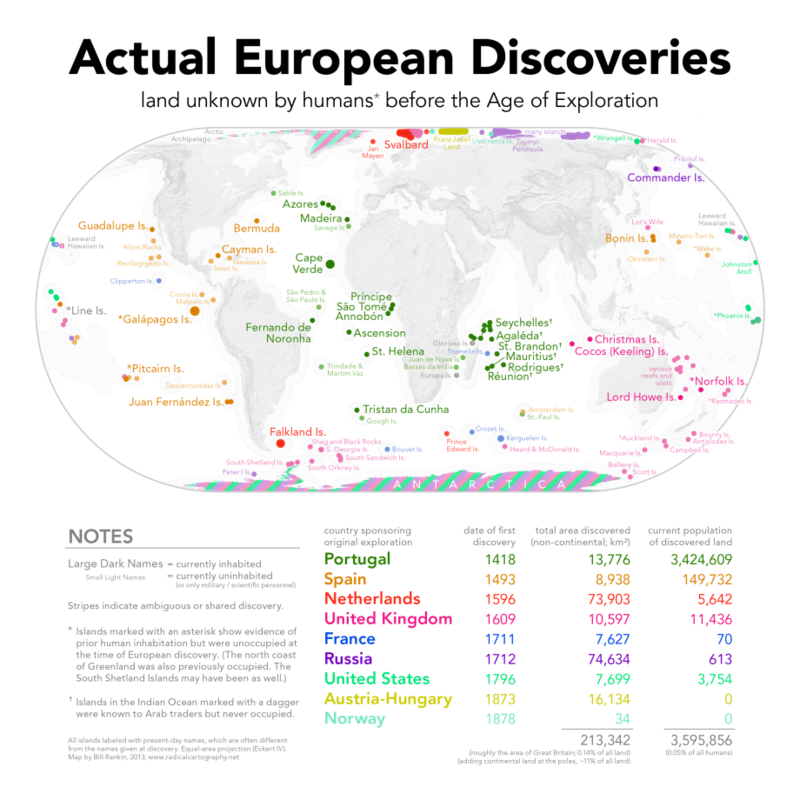 In recent decades, respect for European explorers, such as Christopher Columbus, has waned, likely because these once-romanticized swashbuckling adventurers killed people, eradicated cultures, and “discovered” places that people (for example, the natives) already knew about. They did make some discoveries, though—lands never inhabited or where the inhabitants were already dead before Europeans made landfall. The map above, from historian and cartographer Bill Rankin, shows those places and the country that discovered each.

Listed below are links to weblogs that reference Map of the Day: The Actual Discoveries of European Explorers: