Back in 1938, the Roosevelt Administration, in order to save the housing finance industry, created a federal agency called the Federal National Mortgage Association.  The FNMA got banks lending to home buyers by agreeing to purchase the loans from the banks, so long as the loans met certain quality standards. 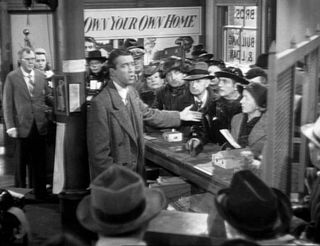 It was a smashing success!  The banks made high quality loans to borrowers (20% down payment, fixed rate, roughly 30% debt-to-income ratio), then sold the loans on the secondary market to the FNMA, and housing boomed.  By the 1960s, the FNMA owned about 80% of all the home loans in the United States.

But wait!  The federal government owned about 80% of all private home loans in the United States?  Wasn't that a little, well . . . socialist?  Couldn't private industry do it instead?  Yes, indeed.  So in 1968 the federal government did something unprecedented: it privatized an entire federal agency.  The agency became Fannie Mae, with a public offering and everything.  In return for certain tax advantages, it had certain obligations to the federal government, but it was a private entity.  And soon it was competing with other private entities purchasing loans on the secondary market, all of whom were securitizing those loans and selling the securties --  mortgage-backed securities.  Those entities were competing for loans, so they couldn't be too picky about quality any more.

Fast forward to 2008.  Remember that old LendingTree ad, "When Banks Compete, You Win!"?  We all found out that was true -- so long as by "win" we meant "live in economically disastrous times."

Suddenly, things were a lot like 1937 again: the housing finance industry was dead.  Banks weren't lending -- it was too risky, since borrowers couldn't repay their loans and third parties wouldn't buy mortgage-backed securities.  How could the industry be revived?

Fannie Mae, on the verge of failure, was re-nationalized.  Quality standards were imposed, mortgages were acquired and re-financed with an assist from the federal government, and banks could make loans and sell them to Fannie Mae.  Extremely slowly, haltingly, the housing finance industry began to revive.

All that had to happen in 2008 was that history needed to repeat itself, and that was the path of least resistance.  But, it also seemed likely that, if it worked -- if the re-nationalized Fannie Mae got the housing finance industry stabilized -- then it wouldn't be long before someone realized that the federal government owned a huge protion of the home loans in the United States and that would seem a little, well . . . socialist.  Therefore, as soon as the program was successful, people would want to get rid of it.

The superb news site ProPublica, as part of its series on the housing crisis, is running a very interesting article entitled, We’ve Nationalized the Home Mortgage Market. Now What?  It makes the point that suddenly things look alot like 1968 again: 9 out of 10 home loans in the U.S. today are backed by the federal government through Fannie Mae.  The chart below, from the article, shows the percentage of home loans backed by the federal government.