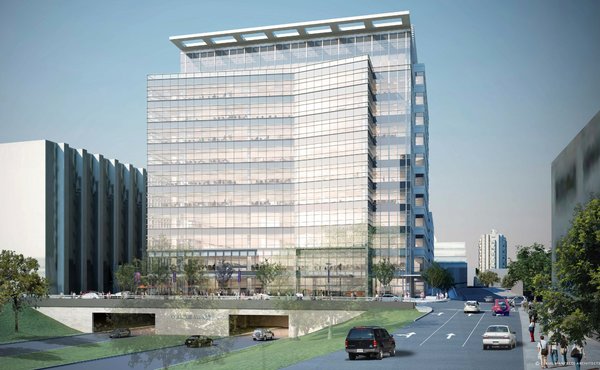 The New York Times provides an update on New Haven's attempt to build over a highway that severed the historically black Hill neighborhood from downtown:

In the 1950s, this city, like others, believed that the best way to get people back from the suburbs was to build more highways. A result was the Oak Street Connector, a limited-access spur off Interstate 95 leading to the central business district. [...]  The highway, part of Route 34, severed the Hill neighborhood from the heart of downtown and hastened the Hill’s decline, because nobody wanted to walk across a wide, busy highway to get to the neighborhood, according to city leaders, business owners and residents. [...]

But city officials say help is on the way from Downtown Crossing, a $135 million redevelopment plan that has been years in the making. [...]  Though details are still being worked out, the plan calls for building streets, sidewalks and buildings on platforms above the existing highway. The city’s grid in the area would be restored, creating a more pedestrian-friendly environment, and the Hill would be reattached. The highway will have fewer exits into the city and will lead directly into parking garages.

Listed below are links to weblogs that reference Healing Urban Renewal's Wrongs: