I didn't take a course in "Property" in my New Zealand LLB; rather, I took courses in "Land Law" and "Equity and Succession".  Some thoughts:

* The basis of Land Law was the Torrens system and issues around indefeasibility, though of course estates in land, the relationships of landlord/tenant and mortgagor/mortgagee, easements, adverse possession, etc were part of the paper.

* Equity and Succession covered trusts, wills, and equitable jurisdiction (though in NZ, common law and equity are in a single court system - and some would say are "fused", at least to some extent).  This also considered realty vs personalty.

What this means is that the rule against perpetuities was part of Equity, rather than "Property" (and in New Zealand we have a Perpetuties Act, which generally makes things much easier).  It seems to be an obsession of US teachers (and students) of "Property"!

The failing of this system, however, was the lack of an overview of "Property" as a whole.  It is one thing to learn about land registration, estates in land, trusts, and so on - but quite another to miss out on "what is property?" (particularly given my earlier comments on the lack of graduate law courses in property).  On the other hand, that has had the benefit of discovering Rose, Heller, Gray, Merrill and Smith by reading them, rather than being taught them - which might be the best way to learn. 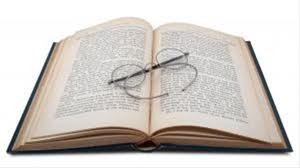 Listed below are links to weblogs that reference "Property Law" at law school: