Where is Middle America? 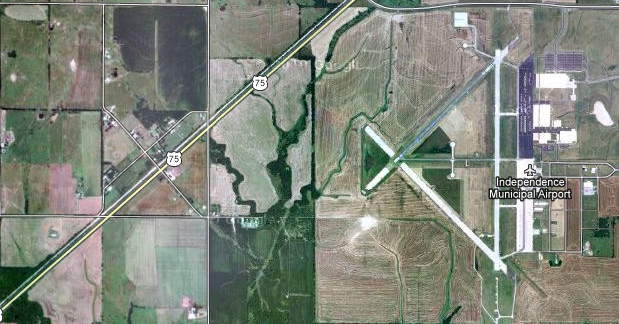 In the L.A. Times, Christopher Hawthorne checks out an exhibit of the nine places that claim to occupy the center of the country:

There’s the geographical center (near Belle Fourche, S.D.); the population center (Plato, Mo.); and something called the “geodetic” center (a few miles outside Osborne, Kan.), pinpointed using a method that corrects for the curvature of the earth. Now there’s even a Google center: the point you reach if you call up a map of the U.S. on the search engine and zoom straight in as far as you can go. Depending on your browser, that’ll take you to one of two other towns in Kansas, each of which is the hometown of a Google employee.

The true appeal of the show, though, is the rich variety of themes that swirl up around its straightforward, even myopic focus. The exhibition is in many ways an exploration of the human desire to find and mark a center, a universal impulse that has gained new precision — and perhaps a new momentum — in the digital age.

(Pic: the Google center of the USA, between Coffeyville and Independence, KS)

Listed below are links to weblogs that reference Where is Middle America?: