The Fee Tail in Downton Abbey 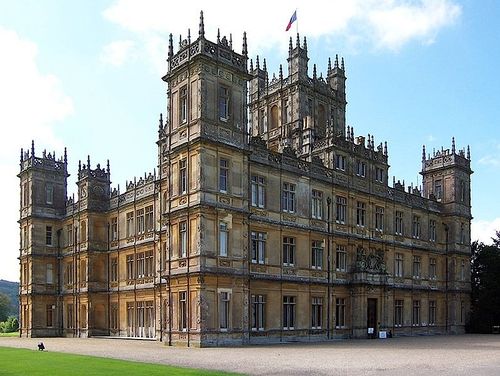 If you are looking for a example to teach your students about the fee tail (particularly one restricted to male heirs), look no further than the Golden Globe-winning PBS series “Downton Abbey.”  This drama focuses on Robert Crawley, the Earl of Grantham, his American-born wife Cora, their three teenage/young adult daughters, and the estate they control, Downton Hall.  The show begins with the death of the Earl’s cousin and his son, the two closest male relatives of the Earl and therefore the presumptive heirs to Downton Hall.  Two of the maids discuss what this tragedy means to the future of Downton:

O’Brien:  “Mr. Crawley was his lordship’s cousin and heir to the title.”

Gwen:  “I thought Lady Mary [the Earl's eldest daughter] was the heir.”

O’Brien:  “She’s a girl, stupid.  Girls can’t inherit.  But now Mr. Crawley is dead and Mr. Patrick was his only son.  So what happens next?”

What happens next is that the Earl has to reach out to his third cousin, Matthew Crawley, a solicitor from Manchester, and inform this (lucky?) chap that he’s now next in line to become an Earl and inherit a huge estate.

Future Interests and the RAP | Permalink

Listed below are links to weblogs that reference The Fee Tail in Downton Abbey:

This is not an example of the fee tail, and the show does not say that it is. It is a future interest to the Earl of Grantham's male heir. It is an extremely interesting arrangement, primarily because the purpose of the future interest was to ensure the estate remain in the hands of an individual with sufficient wealth to maintain it, but it is not a legal anachronism as this post suggests.

Robert, your comment is a little confusing to me. There are actually two different future interests involved in the inheritance issues with Downton -- the first is that the estate is held in a fee tail male and can only go to the male heirs of the person who entailed it, and the second is that when the Earl married Cora, she made a deed of gift of her wealth to the Earl, presumably, upon terms (never explicitly mentioned), that bind her money to the estate. The characters have discussed "breaking the entail," variously proposing that Mary should get Cora's money even if Matthew got the estate (which is unacceptable to the Earl), or perhaps that Mary should get the whole thing.

The purpose of the fee tail male was to make sure that Downton went to the male heirs of some earlier Earl of Grantham. The purpose of tying Cora's money to the estate was to make sure that the estate itself survived. The fee tail male was used widely in England during the time period (see any of the works of Jane Austen), but to my knowledge, and I certainly hope, that it is now a legal anachronism.

Robert, it is absolutely an example of a fee tail. A good clue is when Cora says, repeatedly, "we have to smash the tail!"

The Grantham estate as a whole seems to be entailed, but the Hall itself evidently isn't, given that the Earl in season 2 contemplates having to sell it in order to make up for the money lost due to his bad investments.