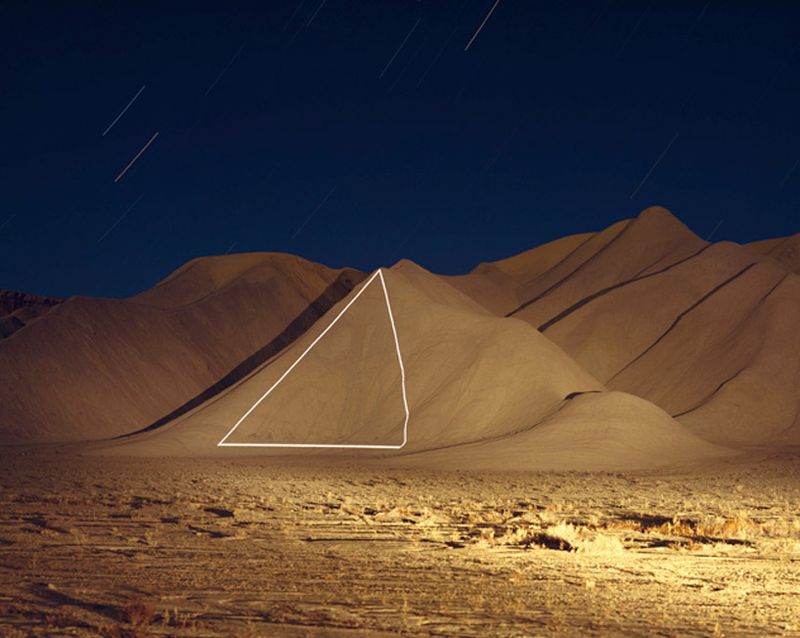 This isn't the cover to a new Pink Floyd album.  Rather, it's a 1995 photo taken by landscape artists Jim Sanborn, from a series called “Topographic Projections and Implied Geometries.”  In this series, Sanborn projected grids and other geometric shapes onto dramatic rock formations of the American Southwest and the rocky coastlines of Ireland. As the Daily Beast said, "Sanborn’s pieces hover beautifully between photography and land art and light art, while evoking the kinds of systematizations we imagine coming from computers – rather than actually appearing out in nature, thanks to a jeep, a generator, and an absurdly powerful projector."