I admit that when I first read the title of this photo essay in the New York Times, I thought that it was about haunted houses.  But sadly, it is a haunting reminder that the housing bubble was not just an American phenomenon.  Although the architecture of the homes depicted in Valérie Anex's photo essay are uniquely Irish, the vibe is similar to the Guardian's photo essay "Detroit in Ruins," which we linked to earlier this year. 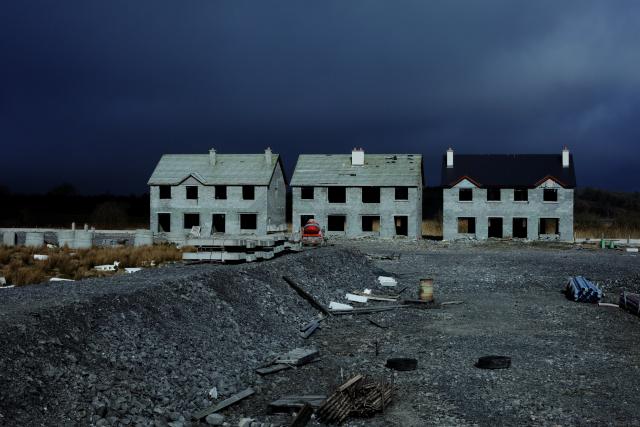 On a related note, also in today's New York Times, an editorial reminding us that despite the fact that American mortgage interest rates are at an all time low (as Steve posted this morning), millions of homeowners are still underwater on their mortgages.  The editorial advises us that "Congress and the White House have yet to figure out that the economy will not recover until housing recovers — and that won’t happen without a robust effort to curb foreclosures by modifying troubled mortgage loans."  More on this editorial later (if I make some progress on my class prep).

Listed below are links to weblogs that reference Ghost Estates in Ireland: