Battle Over the President's Body 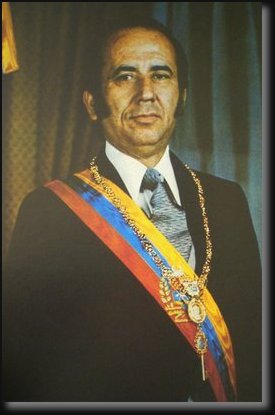 Picking up on Tanya's excellent post about disinterring Leather Man, here's a short story about a fight over the body of Carlos Andrés Pérez, the former president of Venezuela.

The facts are quite Jerry Springer-esque.  In 1948, President Pérez married his first cousin, Blanca Rodríguez.  Then, in 1966 he began an intimate relationship with another woman, Cecilia Matos.  Hoping to end his marriage, President Pérez initiated divorce proceedings against Rodríguez.  She contested them, and a Venezuelan court refused to end the marriage.  Pérez then changed tactics.  In 1999, he moved with Matos to Miami, where he died last December.

The legal problem is that both Matos and Rodríguez want control over Pérez's burial.  Specifically, Rodríguez hopes to return Pérez's body to Venezuela, while Matos wants to bury him in Miami.  Florida law gives the surviving spouse priority in choosing where to bury the deceased. In this case, that's Rodríguez, who was still married to the ex-president at his death, even though she hadn't him since he left Venezuela in 1999.  However, the law also states that if the deceased's intent can be established by clear and convincing evidence, it can outweigh a spouse's wishes.

If I was betting on this case, I'd put my money on Pérez staying in Miami.  First, Matos claims she and Pérez purchased side-by-side burial plots.  If true, that seems like pretty solid evidence of his intent. Second, there's a political sub-plot here.  Hugo Chavez, the current president of Venezuela, appears to bear a pretty serious grudge against Pérez.  I doubt a judge in the U.S. will want to give Chavez the opportunity to use Pérez's burial as some kind of political stunt.

Property in the Human Body | Permalink

Listed below are links to weblogs that reference Battle Over the President's Body:

Great story Steve! This is very relevant to the article I'm working on this summer. To what extent can/should a decedent control the disposition of his or her remains? To what extend does/should the law dictate which survivor should control that disposition? This case is a perfect example of the problem!