War and Peace: Art and Cultural Heritage Law in the 21st Century 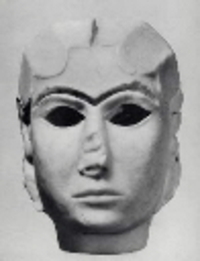 If I could be anywhere on March 4, I'd be at the Cardozo Public Law, Policy, and Ethics Journal's symposium on War and Peace: Art and Cultural Heritage Law in the 21st Century.  The Cardozo Law School website  says:

Cardozo Public Law, Policy and Ethics Journal and The Lawyer’s Committee for Cultural Heritage Preservation are presenting an all-day symposium, on how to prevent looting during times of both war and peace, how to deal with looted cultural material that enters into the international art market, and legal issues related to restitution of art works. Donny George, former director of the Iraq Museum in Baghdad is a presenter.

There's a terrific line-up of speakers:

4:45pm  Summary Session: What are the different approaches to returning cultural property and do they work?
Lucille A. Roussin, Adjunct Professor, Cardozo School of Law

The illustration of the Warka Head, an antiquity looted from the Iraqi National Museum, comes from the U.S. Department of State's Bureau of Educational and Cultural Affairs.

Listed below are links to weblogs that reference War and Peace: Art and Cultural Heritage Law in the 21st Century: