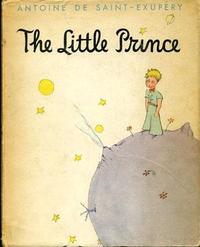 25 Keep up with work or it will overwhelm you.

Actually, this is great advice for academic life in general.  And the image I use for this is from the book where I first learned this years ago--the Little Prince, who had to weed the baobabs on a daily basis or they'd overwhelm him.  Make sure you weed your garden (or in his case planet) on a daily basis or it will simply overwhelm you.  Get your cite-checking done on time, read the article submissions, deal with authors, write your note ... whatever it is that needs to be done, do it now.

I had another lesson in this when I began serving as book reviews editor of Law and History Review.  It's a great job, by the way, because it lets you keep up with the latest in the field.  And as service goes, it's pretty great because there's a high intellectual component to the job: matching up reviewers with books--trying to figure out who has a good vantage to review a book. Sometimes I try to use reviewers who have worked in similar records but for a different time period or in a different location or people who work in the same period but ask different questions. And a lot of times, of course, you want a review who's working in exactly the time and record and questions under review.  It's pretty cool.  However, it was immediately apparent to me that it would require tending on a daily basis.  Send the books out, edit the reviews when they come in, get them packaged for the press, read the page proofs....

And so this is the end of my series on advice to law journals.  I started out with 18 or so ideas and added a few along the way, some in response to readers--so that it grew to 25 pieces of advice.  I hope it's been of some use.  Though I do wonder, because some anonymous "top twenty law review editor" recently asked Eugene Volokh for some advice.  The editor wondered if it would be a good idea to require all submissions electronically.  I continue to think that law reviews should do everything they can to get scholarship in the door.  It's a bad idea to limit the ways articles will come in.  That puts the convenience of the editors above the good of the journal.  Alas, it's hard to tell law review editors this.  After all, they're in training for hierarchy and right now they're on the top of the pyramid.  (This ought to be the subject of another piece at some point.)

This is an ending of another sort as well, for I shall be giving up my position as faculty adviser of the Alabama Law Review at the end of this academic year.  It's been a huge pleasure and honor to work with the students for six years--and for six years at the Oklahoma City University Law Review before that.  I shall miss the law reviewers.  It's a great pleasure to work with people who're so smart and dedicated and are excited about writing their first piece of serious scholarship.  I think one of the reasons that faculty members often appear so youthful is that they have the good fortune to spend so much time around enthusiastic students; the students keep us young.

I'm also going to be posting here less frequently than I have for a while (I know, I know--how will the world survive?!)  For one thing, now that I've started reposting stuff I've done before. That's a sure sign that I've reached the end of my usefulness here.  You know it's time to find a new friend when you start telling the same stories and I think the same is true for blogging.

I am also committed to finishing University, Court, and Slave.  So, having said my piece for the time being, I'm only going to be posting intermittently for a while, as I work on my manuscript of University, Court, and Slave.  That's a book about moral philosophy in the old South; I'm interested in the role of slavery and property in the thought of intellectuals in the old South and how those ideas related to what happened in the judiciary.  It's a project that's consumed my life off and on since I entered graduate school in 1992 (with several multi-year detours through colonial legal thought, violence and law in the Jim Cow era, reparations, and contemporary property law) and it's something that I'm thoroughly enjoying working on.  It is relevant right now, because a bunch of schools are going back to revisit their histories with slavery.  A lot of this was inspired, I think, by Brown University's Steering Committee on Slavery and Justice.  That committee was a success and other schools are starting that process of self-investigation.  Moves are afoot at William and Mary, the University of Maryland, and Harvard for similar investigations.  We'll see where they go....

Listed below are links to weblogs that reference Advice to Law Journals, Part 25:

I have so enjoyed this series, thank you!