Thomas Jefferson and Tadeuz Kosciuszko: Of Revolutions, Slavery, A Pension and A Will 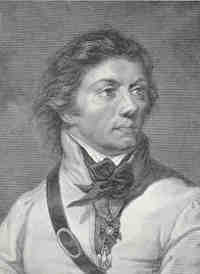 A paper co-authored by one of our country's leading historians, UCLA professor Gary Nash, recently arrived in my in-box.  Because it talks about Revolutionary war hero Tadeuz Kosciuszko's pension and the will Jefferson wrote for him to use his pension to free enslaved people, I thought that I would post about.  It is a stunning paper.  Those interested in the intersection of property, wills, and slavery simply must read it.

The paper, “Thomas Jefferson and Tadeuz Kosciuszko: Slavery and Freedom, Honor and Betrayal”, is by Gary Nash and Graham Russell Hodges of Colgate University.  They delivered it to the McNeil Center for Early American Studies at the University of Pennsylvania on March 23.  Here is their abstract:

Thaddeus Kosciuszko’s return to the United States in 1797 initiates the narrative we present in this paper. Although crippled by deep wounds, Kosciuszko returned in triumph to reside in Philadelphia as a revolutionary hero. Americans applauded him for his leadership  in Poland’s vain uprising from 1792-1794. Americans cherished him in the hearts and memories that linked his glory during the American Revolution with their anxieties over the conservative policies of President John Adams. Kosciuszko had more than adulation in mind; he intended to collect some $12,000 plus interest in overdue pay from the American Revolution. The American Congress, aware of his enormous popular appeal, quickly voted to allot the back pay, which, with interest rose to over $15,000.

Kosciuszko remained in Philadelphia, where he befriended Vice President Thomas Jefferson. The pair talked of Poland, France, liberty and slavery long into the night on numerous occasions in the winter of 1797-1798. International anxieties promoted secret actions. Kosciuszko was worried about the newly passed Alien and Sedition Acts and wanted to travel to Paris to gather support for the revitalization of Poland. Jefferson was distraught over the possibility of war between the United States and France and asked Kosciuszko to act as a covert ambassador.

What to do with Kosciuszko’s pension? He gave Jefferson power of attorney; the two men drafted an extraordinary will that gave the American Patriot the power to use the cash to purchase, manumit, educate and give land and cattle to as many enslaved people as could be afforded. Jefferson even had the right to “buy” his own enslaved people and free them. It was a solemn pact between two noble men.

Our narrative then jumps two decades to the time of Kosciuszko’s death in late 1817 and Jefferson’s realization that his promise was now due.  We then discuss at length Jefferson’s decision to relinquish executorship of the estate, now worth in excess of $20,000. Nonetheless, we view Jefferson’s eventual decision to shed his oath of honor to Kosciuszko as a betrayal of a promise rich in potential to shift American attitudes about slavery, While Jefferson’s attitudes about black potentials for American citizenship have long been considered, we consider his inaction in this affair of honor deeply troubling for a man deemed America’s greatest symbol of liberty.

I, Thaddeus Kosciuszko, being just on my departure from America, do hereby declare and direct that, should I make no other testamentary disposition of my property in the United States, I hereby authorize my friend Thomas Jefferson to employ the whole thereof in purchasing negroes from among his own or any others, and giving them liberty in my name; in giving them an education in trades, or otherwise, and in having them instructed for their new condition in the duties of morality, which may make them good neighbours, good fathers or moders, husbands or wives, and in their duties as citizens, teaching them to be defenders of their liberty and country, and of the good order of society, and in whatsoever may take them happy and useful. And I make the said Thomas Jefferson my executor of this.

Know all men by these presents, that I, Thade Kosciuszko, formerly an officer of the United States of America in their revolutionary war against Great Britain, and a native of Lilourui, in Poland, at present residing at Paris, do hereby will and direct, that, at my decease, the sum of three thousand seven hundred and four dollars, currency of the aforesaid United States, shall of right be possessed by, and delivered over to the full enjoyment and use of Kosciuszko Armstrong, the son of general John Armstrong, minister plenipotentiary of the said States at Paris. For the security and performance whereof, I do hereby instruct and authorize my only lawful executor in the said United States, Thomas Jefferson, president thereof, to reserve in trust for that special purpose, of the funds he already holds belonging to me, the aforesaid sum of three thousand seven hundred and four dollars, in principal; to be paid by him, the said Thomas Jefferson, immediately after my decease, to him, the aforesaid Kosciuszko Armstrong; and in case of his death, to the use and benefit of his surviving brothers.

The image of Kosciuszko is from our friends at wikipedia.

Listed below are links to weblogs that reference Thomas Jefferson and Tadeuz Kosciuszko: Of Revolutions, Slavery, A Pension and A Will:

Here's another story of even greater bravery and courage in the fight against slavery in the revolutionary war! Yep that's REVOLUTIONARY!

One thing this story doesn't tell you is that John Laurens made it very clear that this wasn't some pipe dream. He really hatred slavery and thought those who used the excuse that it was necessary for them to make a living were full of hot air.