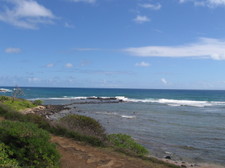 Following David Callies' advice, I’ve been teaching (and reading about) a series of cases, mostly about native Hawaiian customary rights–to cross land for fishing and beach access and for gathering of agricultural products for personal use.  Some of this appears in the Hylton, Callies, Franzese, and Mandelker casebook, Property Law and the Public Interest, but I don't think any other casebooks have serious discussion of them.  [Gordon Hylton's  Law School Rankings, propertyprof readers will recall, has been the subject of much discussion recently.] That's unfortunate, because there may be some lessons in those cases for those of us who live in the continental United States.

There's some terrific scholarship on Hawaiian legal history--running from Mari Matsuda's early work on "Law and Culture in the District Court of Honolulu, 1844-1845: A Case Study of the Rise of Legal Consciousness," 32 American Journal of Legal History 16 (1989) to Lilikala Kameeleihiwa's Native Lands, Foreign Desires, to Patrick V. Kirch and Marshal Sahlins' Anahulu: The Anthropology of History in the Kingdom of Hawaii.  And though it doesn't relate so much to legal history, you might add Sahlins' How 'Natives' Think: About Captain Cook, For Example.  For a historian of property law there's a particularly important event: the Great Mahele of 1848-–the transition from native patterns of ownership (in which all land was held by the king) to common law ownership. Stuart Banner’s written a lot about this recently.  The records of the Great Mahele are a gold mine for historians and anthroplogists, because as people testify about their land (and thus make out a case for being assigned rights to it), they tell much about who lived there and how long and how they used the property and thought about their relationships to other occupiers of the land.  Important works mining those records include Native Lands, Foreign Desires and Jocelyn Linnekin's Sacred Queens and Women of Consequence: Rank, Gender, and Colonialism in the Hawaiian Islands. 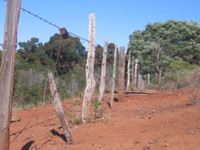 There's also a whole genre of literature on Native Hawaiian property rights (for example, here and here), which people on the mainland pay insufficient attention to, or at least I have paid insufficient attention to.  I fear that we've overlooked some cases, which are important from the perspective of legal theory. The cases, beginning with Palama v. Sheehan in 1968, running through Kalipi  v. Hawaiian Trust Company in 1986, Pele Defense Fund v. Paty in 1992, and Public Access to Shoreline Hawaii in 1995, are working towards an understanding of the background rights of crossing land to for fishing and visiting the beach and gathering food as well.  It's hard to tell exactly where this is going and what the boundaries are.  But there are some pretty cool possibilities hiding in the shadows.

One case that we read is Palama v. Sheehan, 440 P.2d 95 (1968), which involves a controversy over access across a neighbor's land so that the Palamas could get to their small tracts of land.  Now, perhaps this could have been handled with as an easement implied by necessity (and the court says as much).  But the court spends most of its time talking about the Native Hawaiian right to cross land to get to taro patches and to get to the ocean.  The court concluded, "Such testimony was sufficient evidence on which the trial court could find that an ancient Hawaiian right of way through plaintiffs' land existed and was used as such by defendants' predecessors in title."  When I asked why the court didn’t just rest on the easement by necessity, rather than get involved in the complex issue of Native Hawaiian right, one of my students--whose family happens to be from the island were the case arose--suggested that the court had the particular desire to contribute to the resurrection of Native Hawaiian rights.  I think she's right.

There are some other cases that interpret Native Hawaiian rights under two statutes.  In Kalipi v. Hawaiian Trust Company, 656 P.2d 745 (1982) the court faced a claim for access to property by Kalipi to go onto another's land on the island of Moloka'i to gather indigenous crops.  He based the claim on Hawaiian Revised Statutes § 7-1, which recognizes the rights of "tenants" to access lands to take certain agricultural products for their own use:

Where the landlords have obtained, or may hereafter obtain, allodial titles to their lands, the people on each of their lands shall not be deprived of the right to take firewood, house-timber, aho cord, thatch, or ki leaf, from the land on which they live, for their own private use, but they shall not have a right to take such articles to sell for profit. The people shall also have a right to drinking water, and running water, and the right of way. The springs of water, running water, and roads shall be free to all, on all lands granted in fee simple; provided that this shall not be applicable to wells and watercourses, which individuals have made for their own use.

The court interpreted the rights of people who lived in a ahupua’a–-a traditional division of property.  (Ahupua’a were pie-shaped; they ran from the coast to the mountains and thus residents had the ability to access the water as well as the ability to access farmland, all within the same  ahupua'a.)  But because Kalipi did not live in the ahupua'a where he sought to gather, the court concluded that he did not have a right to gather there.

Later, in Pele Defense Fund v. Paty, 837 P.2d 1247 (1992), the court dealt with a case of someone who--like Kalipi--didn’t live in the a'hupua'a.  In Pele the claim was based on a different statute--Hawaiian Revised Statutes § 1-1--which provides for the preservation of customary Hawaiian rights:

So in Pele the issue of right of access was divorced from residency on a particular ahupua'a.  And here the court held that there were rights to access private property for "traditionally exercised subsistence, cultural, and religious practices," as long as the land has not already been developed.

Then there's the famous case of Public Access Shoreline Hawaii v. Hawaii County Planning Commission 903 P.2d 1246 (1995), popularly known as PASH. It opens up some possibilities for public rights to use private property.  Of the many things one might say about this case, let me highlight the strange origins, in a challenge to a construction permit.  The permit is challenged because the building authority failed to take adequate account of native Hawaiian rights.  And that leads to a in-depth discussion of just what those rights are and how much they should be protected.  So third parties are given standing to challenge the permit--and when they are, the court finds that it was improper to permit building here without doing more to preserve rights of access. There's, in essence, an extensive (judicially recognized) right of access.  As I say, much to talk about--some of which is summarized in a detailed article from the Maui Times.  This year, instead of teaching Matthews v. Bay Head, I taught PASH. And I hope you'll think about doing the same next year.  And I wonder if there're some opportunities here for other jurisdictions.  Or maybe even for some other implied rights of access to sacred places elsewhere in the Hawaiian islands, such as preservation of sacred sites.

One of the bases of the court's implied right of access is Hawaii Revised Statute § 5-7.5(b), which authorizes the court to give consideration to the "aloha spirit": "the working philosophy of native Hawaiians(;) ... 'Aloha' is the essence of relationships in which each person is important to every other person for collective existence." HRS § 5-7.5(a).

Mighty interesting stuff going on out here.  So give it a look and start talking up the possibilities of "aloha jurisprudence."

Listed below are links to weblogs that reference Aloha Jurisprudence:

» Yet More Aloha Jurisprudence from PropertyProf Blog
I posted a little bit about aloha jurisprudence in April. The basic idea here is that Hawaii's court are taking direction from what the Hawaii statutes call the aloha spirit: the working philosophy of native Hawaiians(;) ... 'Aloha' is the [Read More]

I stumbled across your blog during some research regarding a recent Hawaiian Beach Access issue. I am interested in the issues and ramifications of this latest attempt by private homeowners to block access to the beach in Kailua, Oahu.

A L’Orange Street Community Association erected a gate across their beach access path (on their property). Many of the local residents are up in arms about this associations behavior. Considering your interested in such issues you may want to take a look at what is continuing to happen and how its evolving.

If the current trend of closing beach access continues I fear that many of the local residents will be continuing to loose the open and free “Aloha Spirit” of beach access that used to be.

To find out more about this current issue just Goggle any of the key words in this message. If you wish, I can forward local newspaper articles and Kailua Community Association meeting minutes regarding the issue.