What Case Should Be First? 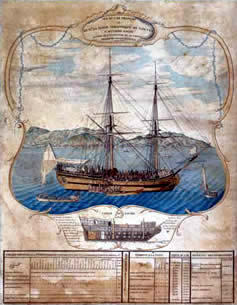 Thanks, Ben, for the kind introduction and the opportunity to visit with propertyprof.  I thought that I might begin my time as a guest here with a question about beginning: what case should be the first one property students read?  I think the first one I read ‘lo those many years ago was Pierson v. Post and I suspect that a lot of professors continue to make that choice.  There’s something to be said for this.  Even if you’re not a hunter or "into" hunting, there’s something pretty engaging about the question: does a fox belong to the person who’s pursing it or the person on whose land it is killed?  And as recent research has shown, the question (and presumably) answer has a lot to do with conflicts between long-existing users and newer users.  Plus, it has all those great authorities and it’s a nice example of what Karl Lwellyn called the “grand style”–an opinion decided by discussion of first principles and consideration of economics and society.

Yet, I abandoned (ha, ha) Pierson some years ago.  Even if you want to use the conflict between old and new uses, between vested and dynamic property, I think there are better ways of getting at it.  I find Ghen v. Rich more accessible and better because it arises in the context of a business of whale-hunting, rather than a sport.  One might also (though no casebook does) use Charles River Bridge v. Warren Bridge, to bring out the static versus dynamic rights.

The more recent trend is to begin with Johnson v. McIntosh, which was popularized (though others may have pioneered it) by the Dukeminier and Krier and Singer casebooks.

I’ve always liked teaching Johnson and I’ve become increasingly convinced of its utility to begin property: it’s about a topic that students seem to enjoy learning about, it explores the importance of considerations of precedent and prescription, the sources of property law, and also the role (or non-role) of considerations of justice.  I think those are important lessons for students and it’s good to talk about fundamental issues in property (like why we own the United States and not the native nations) and how courts have resolved those issues.  Johnson has the additional virtue of containing important law, as Tee Hit Ton demonstrated.  Moreover, Marshall’s both realistic about the limits of his power to decide otherwise and (and I think this is often missed by students) sympathetic towards Natives.  Even in one of the classic passages where Marshall justifies the claim to native lands, he acknowledges that the assertion of "discovery" is pretentious and that taking native land may be opposed to "nature justice":

However extravagant the pretension of converting the discovery of an inhabited country into conquest may appear; if the principle has been asserted in the first instance, and afterwards sustained; if a country has been acquired and held under it; if the property of the great mass of the community originates in it, it becomes the law of the land, and cannot be questioned. So, too, with respect to the concomitant principle, that the Indian inhabitants are to be considered merely as occupants, to be protected, indeed, while in peace, in the possession of their lands, but to be deemed incapable of transferring the absolute title to others. However this restriction may be opposed to natural right, and to the usages of civilized nations, yet, if it be indispensable to that system under which the country has been settled, and be *592 adapted to the actual condition of the two people, it may, perhaps, be supported by reason, and certainly cannot be rejected by Courts of justice.

In addition to being a well-reasoned defense of the status quo, it’s a good introduction to meta-themes in property.  And if you're interested in a very fine introduction to Johnson, I recommend highly Lindsey Robertson's Conquest by Law: How the Discovery of America Dispossessed the Native Peoples of Their Lands, published last year by Oxford.

Yet, I wonder if there are other cases that explore those issues as well?  I think we could begin with a case about how courts dealt with ownership of humans.  There are a lot of cases one might use here, but I think the best may be Justice Marshall’s opinion in The Antelope, where he deals with a claim to freedom by some slaves.  The background is somewhat complex (which is, of course, one reason to not assign it).  The Antelope involved the international slave trade and claims by many people to the cargo of approximately 250 humans aboard the ship.  The Antelope was captured by a United States revenue ship off the coast of Florida, with human cargo who had been taken from ships flying the flags of Spain, Portugal, and even the United States.  The claimants included the United States, Spain, Portugal, and the captain of the privateer.

The case posed a conflict, as former Attorney General William Wirt argued to the Supreme Court, of “a claim to freedom or a claim to property.”  Chief Justice Marshall’s opinion phrased the conflict as one between natural law and the law of nations.  While the slave trade might be viewed as abhorrent, it was not outlawed as part of the law of nations.  Long prescriptive use had sanctioned the trade, so that Marshall would recognize the rights of Spain (and Portugal, though no one appeared to claim the Portugese slaves).  After surveying the history of slavery, Marshall stated that “Slavery, then, has its origin in force; but as the world has agreed that it is a legitimate result of force, the state of things which is thus produced by general consent, cannot be pronounced unlawful.”  Thus, as happened in Johnson, we receive a lesson in the sources of law–the importance of long-term use, of acquiescence in rules–and in the superiority of positive commands over notions of humanity.  It is an important positivist statement about the sources of property law and the power of those rules.  Marshall divides the opinion into questions of abiding by his duty of following law or “yielding to feelings which might seduce [him] from the path of duty.”  Marshall concluded that he had to follow the law:

Whatever might be the answer of a moralist to this question, a jurist must search for its legal solution, in those principles of action which are sanctioned by the usages, the national acts, and the general assent, of that portion of the world of which he considers himself as a part, and to whose law the appeal is made. If we resort to this standard as the test of international law, the question, as has already been observed, is decided in favour of the legality of the trade. Both Europe and America embarked in it; and for nearly two centuries, it was carried on without opposition, and without censure. A jurist could not say, that a practice thus supported was illegal, and that those engaged in it might be punished, either personally, or by deprivation of property.

The slaves designated as American were free, because the United States outlawed the slave trade and any slaves captured as they were being imported into the United States were freed.  Marshall required that Spain produce evidence to prove its claim to each slaves it claimed, so that by the end of the case, it was entitled to only about 50 of the people on The Antelope.

(The image is of an early eighteenth century French slave ship. I talk a little more about this topic in an essay, "Integrating Spaces: The Integration of The Legal History of Race into the Property Curriculum," which is appearing in the next issue of the Journal of Legal Education.  My colleauge Carol Brown used one part of the The Antelope--the trial court's use of a lottery as a way of determining who would be returned to slavery--as the starting point for a thoughtful essay on the role of lotteries in law.)

Listed below are links to weblogs that reference What Case Should Be First?:

» Five Minute Property Class from PropertyProf Blog
Last fall, Michael Dorf of Columbia Law School wrote an article on FindLaw, aimed at incoming students, entitled “The Five Minute Law School.” In it he attempted to summarize in a very brief compass what students would study in the [Read More]

» Lindsay Robertson Guest Blogging from PropertyProf Blog
It is my great pleasure to introduce Lindsay G. Robertson, of the University of Oklahoma, who'll be guest blogging with us for a while. Lindsay's the author of an important volume on Johnson v. McIntosh, Conquest by Law: How the [Read More]

I like starting w/Pierson v. Post because (a) it is a fun case and (b) it clearly presents what to me is the key issue in the first part of first-year property: what, exactly, does "possession" mean, if anything? Pierson is also a nice lead in to Popov v. Hayashi, which I also do on the first day.

Prof. Brophy's use of the subject of slavery to begin the property course is quite provacative. It helps open the inquiry into the universe of things in which one might hold property rights (land, ideas, people), and illustrate the importance of property to personhood. Slavery deprives humans the right to acquire and hold many kinds of property, most importantly the proceeds of their own labor. I've taught slavery in the property course before, but never started with it. Perhaps I should.