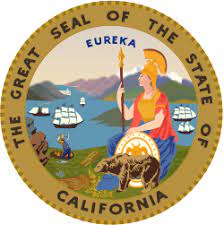 Late last month, California Governor Gavin Newsom vetoed a bill (SB 834) that would have revoked the tax-exempt status of nonprofit in California that the state Attorney General determined engaged in treason, insurrection, conspiracy, government overthrow, or mutiny by members of the military as defined under federal law. Here is the governor's explanation for the veto:

Without question, extremist groups that participate in anti-government acts such as those that took place during the insurrection on January 6, 2021 should be renounced and investigated for their participation. However, these are issues that should be evaluated through the judicial system with due process and a right to a hearing.

The legislature has 60 days (excluding joint recess days) to override the veto by a two-thirds vote in both houses. And in the unlikely event that occurs (the best information I could find states there has not been an override for over 40 years), the law would almost certainly face constitutional challenge.