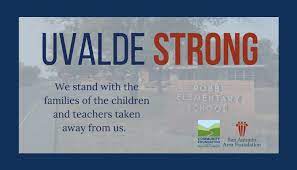 As appears to often be the case after a high-profile disaster or tragedy, organizers who collected funds for victims of the Uvalde school shooting are struggling with how best to distribute those funds to benefits the victims and their families. The Texas Tribune reports on the challenges relating to several different pots of money: