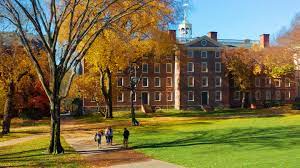 Earlier this week, the U.S. District Court for the Northern District of Illinois denied motions to dismiss filed by various universities relating to antitrust claims brought against them. The antitrust claims relate to the schools' participation the "568 Presidents Group" and, through that group, the use of the "Consensus Approach," which the court described as "a set of common standards for determining a family's ability to pay for college." (Full disclosure: one of the defendant universities is my employer, the University of Notre Dame.)

In Carbone v. Brown University, the court found that the defendant schools did not fall within the Improving America's Schools Act of 1994 section 568 antitrust exception because the plaintiffs had plausibly alleged that the defendants do not admit all students on a need-blind basis, particularly waitlisted and transfer students and, for some schools, children of wealthy past or potential future donors. The court also found that the plaintiffs' alleged "Market for Elite, Private Universities" based on U.S. World & News Report rankings and excluding public universities and liberal colleges was sufficient to state a claim under section 1 of the Sherman Act. The court also rejected arguments for dismissal based on an asserted lack of sufficiently alleged antitrust injury and standing and based on the statute of limitations and, for some schools, based on other grounds.