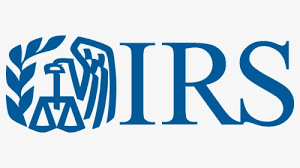 Earlier this month the IRS released a spreadsheet showing the excise taxes reported by charities, private foundations, and split-interest trusts on Form 4720 for calendar year 2021. It included two notable figures relating to new excise taxes enacted by Congress in 2017.

First, 516 tax-exempt organizations reported owing $210 million in IRC section 4960 excise taxes on excess executive compensation (over $1 million annually paid to covered employees, plus certain excess parachute payments). This compares to only 302 tax-exempt organizations reporting owing $96 million in such taxes for calendar year 2020, likely reflecting increased awareness among tax-exempt organizations and their advisors about the tax as opposed to a large jump in the amount of excess executive compensation. The IRS has also made compliance with this tax a compliance focus, stating that "[o]n-going review of filing data shows there continues to be a high volume of exempt organizations that paid compensation of over $1 million to at least one 'covered employee' but did not report IRC Section 4960 excise tax on Form 4720" (see Tax Exempt & Government Entities – Compliance Program and Priorities).