The recent Supreme Court ruling in Austin v. Reagan National Advertising was about billboard signs, but the majority had a lot to stay about regulation of charitable solicitation. 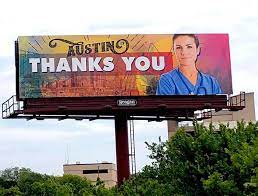 The case here was about whether a law that distinguished between on-premises and off-premises advertising was content-based or content-neutral. Applying the Court’s decision in Reed v. Gilbert, the Fifth Circuit held the distinction was content-based—and thus subject to strict scrutiny—because it required the reader to determine who the speaker was and what the speaker was saying. The Supreme Court reversed, saying the key question is whether the government’s restriction is based on “substantive” content, and a location-based distinction doesn’t qualify.  Thus, the Court held that the distinction was content-neutral and subject only to intermediate scrutiny. Read more for what the Court said -- and didn't say -- about regulation of charitable solicitation.

The majority’s analysis was grounded in part in its discussion of laws regulating “solicitation:”

Most relevant here, the First Amendment allows for regulations of solicitation—that is, speech requesting or seeking to obtain something” or “[a]n attempt or effort to gain business.” Black’s Law Dictionary 1677 (11th ed. 2019). To identify whether speech entails solicitation, one must read or hear it first. Even so, the Court has reasoned that restrictions on solicitation are not content based and do not inherently present “the potential for becoming a means of suppressing a particular point of view,” so long as they do not discriminate based on topic, subject matter, or viewpoint. Heffron v. International Soc. for Krishna Consciousness, Inc., 452 U. S. 640, 649 (1981).

Thus, in 1940, the Court invalidated a statute prohibiting solicitation for religious causes but observed that States were “free to regulate the time and manner of solicitation generally, in the interest of public safety, peace, comfort or convenience.” Cantwell v. Connecticut, 310 U. S. 296, 306-307. Decades later, the Court reviewed just such a time, place, and manner regulation restricting all solicitation at the Minnesota State Fair, as well as all sale or distribution of merchandise, to a specific location. Heffron, 452 U. S. at 643–644. The State had applied the restriction against a religious practice that included “solicit[ing] donations for the support of the Krishna religion.” Id. at 645. As a result, members of the religion were free to roam the fairgrounds and discuss their beliefs, but they were prohibited from asking for donations for their cause outside of a designated location. Id. at 646, 655. The Court upheld the State’s application of this restriction as content neutral, emphasizing that it “applie[d] evenhandedly to all who wish[ed] . . . to solicit funds,” whether for “commercial or charitable” reasons. Id. at 649

Justice Breyer, in his concurring opinion, criticizes Reed by arguing that it swept in too many beneficial regulations. In a list of examples, he identifies both panhandling and “solicitation on behalf of charities, e.g., N. Y. Exec. Law Ann. § 174–b (West 2019);” as laws that “turn… on the content of speech.”

For instance, in NAACP v. Button, 371 U.S. 415 (1963), the Court encountered a State's attempt to use a statute prohibiting “‘improper solicitation’” by attorneys to outlaw litigation-related speech of the National Association for the Advancement of Colored People. Id. at 438. Although Button predated our more recent formulations of strict scrutiny, the Court rightly rejected the State's claim that its interest in the “regulation of professional conduct” rendered the statute consistent with the First Amendment…

because charitable solicitation does more than inform private economic decisions and is not primarily concerned with providing information about the characteristics and costs of goods and services, it has not been dealt with in our cases as a variety of purely commercial speech.

Vill. of Schaumburg v. Citizens for a Better Env’t, 444 U.S. 620, 632 (1980). Eight years later, the Court indicated that restrictions on charitable solicitation were content-based regulations and subject to strict scrutiny. Riley v. Nat’l Fed’n of the Blind of N. Carolina, Inc., 487 U.S. 781, 795 (1988). Notably, the Court identified a rule that required professional fundraisers to disclose certain information to prospective donors as “a content-based regulation of speech.” To be sure, however, the Court’s pronouncements were not a model of clarity, and it initially led to a deep circuit split over the correct standard of review, as Prof. Inazu explains here.  Nevertheless, since Reed, the courts have consistently held restrictions on charitable solicitation are content-based. For example, in 2014, the Seventh Circuit initially upheld an ordinance of Springfield, Illinois, that prohibited panhandling downtown. After Reed came down, the panel granted rehearing and reversed course because the Supreme Court “understands content discrimination differently.”  “The majority opinion in Reed effectively abolishes any distinction between content regulation and subject-matter regulation. Any law distinguishing one kind of speech from another by reference to its meaning now requires a compelling justification.” Norton v. City of Springfield, Ill., 768 F.3d 713 (7th Cir. 2014), rev’d on rehearing, 806 F.3d 411 (7th Cir. 2015); see also e.g., Thayer v. City of Worcester, 755 F.3d 60 (1st Cir. 2014), vacated, 135 S. Ct. 2887 (2015).

Did the majority opinion overrule some or all of these cases? Already, attorneys have submitted briefs arguing that it has. But that’s not the best reading of Austin, and courts should not assume such a dramatic departure from long-settled caselaw based on an issue that wasn’t squarely presented to the Court. Further, even under the majority opinion, laws that distinguish between charitable and commercial solicitation, for example, would be content-based. The majority simply states that a law that applies broadly but generically to “solicitation” is not a substantive distinction based on speech --- at least so long as “it applie[d] evenhandedly to all who wish[ed] . . . to solicit funds,” whether for “commercial or charitable” reasons.” (quoting Cantwell v. Connecticut). That tracks Riley’s holding that a law singling out professional fundraisers is content-based. Thus, Courts should continue to find that laws that single out charitable solicitation for special restrictions are based on the charitable content of the speech, and therefore subject to strict scrutiny.