BLM Global Foundation Under a Microscope as It Releases Form 990 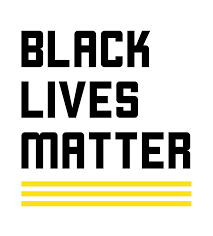 The BLM Global Foundation has recently attracted a steady stream of stories raising questions about its finances and transparency, especially after New York Magazine reported it had bought a $6 million house. The organization has now released its first Form 990 since obtaining IRS recognition under section 501(c)(3) and separating from its fiscal sponsor, which it first shared exclusively with the Associated Press. Numerous other news outlets have reported on the filing, including New York Magazine, the N.Y. Times, and the Times of London.

The filing reveals that BLM Global Foundation raised almost $80 million and spent a little under $38 million, including $26 million in grants mostly to other section 501(c)(3) organizations. Besides the house, it held the rest of its almost $42 million in assets in publicly traded securities ($32 million) and cash. It only had two employees during calendar year 2020 and only one voting member of its board of directors as of the end of its fiscal year on June 30, 2021. The above news reports state it now has three directors, which still is relatively small for a public charity with tens of millions of dollars in revenues, expenses, and assets, as well as a very high public profile.

Not surprising given these small numbers of employees and board members, the Foundation paid numerous outside organizations for services. But as the above news reports detail, many of the organizations were owned and run by people with close ties to Foundation insiders, including over $2.1 million paid to a consulting firm owned by a now board member, almost $1 million paid to a limited liability company owned by the father of the founder and former executive director's child, and over $800,000 paid to a security firm owned by the brother of the founder and former executive director. While the Form 990 says a conflict of interest policy is in place, the Foundation would be well advised to also institute a bidding process for selecting vendors to ensure that ones with connections to insiders are not unduly favored (and improve the optics of these relationships).

The press coverage has attracted scrutiny from two state Attorneys General. In Indiana, the Indianapolis Star and other outlets report that AG Todd Rokita has sued the Foundation for allegedly failing to responding to requests for information. In Ohio, the above AP story reports that AG Dave Yost has also opened an investigation.