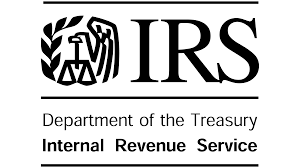 In Reserve Mechanical Corp. v. Commissioner, the U.S. Court of Appeals for the Tenth Circuit upheld the Tax Court's decision affirming the IRS' decision that the company did not qualify as tax-exempt status under section 501(c)(15). Here is the court's summary of the decision:

Reserve Mechanical Corp. appeals the decision of the Tax Court affirming the decision of the Commissioner of Internal Revenue that it did not qualify for an exemption from income tax as a small insurance company and that the purported insurance premiums it received must therefore be taxed at a 30% rate under I.R.C. § 881(a). We hold that the record supports the Tax Court’s decision that the company was not engaged in the business of insurance. The court had two grounds for deciding that Reserve was not an insurance company. First, it determined that Reserve had not adequately distributed risk among a large number of independent insureds—a hallmark of any true insurance company. Virtually all the insured risk was that of one insured, a company that had the same ownership as Reserve itself. To appear to distribute risk, Reserve entered into an insurance pool with other purported insurance companies, each owned by an affiliate of its insured, but the arrangement lacked substance and the pool itself did not distribute risk. Second, the Tax Court determined that the policies issued by Reserve were not insurance in the commonly accepted sense. For example, the premiums were not the result of arm’s-length transactions and were not reasonable, and Reserve was not operated in the way legitimate insurance companies operate. In addition, Reserve argues that if it was not an insurance company, the premiums it received must be treated as nontaxable capital contributions. We also reject that argument.

The decision is significant in part because there are number of other, similar cases, on appeal involving other companies, and the possibility of more IRS action in this area with this victory for the government to support them. For a detailed analysis, see this Forbes article.

I'm amazed that this company had the nerve to file in this way. It seems pretty clear they are not what would be considered a traditional insurance company.