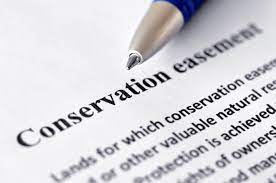 Conservation easements continue to be a hot topic for the federal courts, the executive branch, and scholars. Here are some recent developments:

Have you ever considered how tax law impacts the environment? It certainly does. A simple, tax-based conservation program enacted in the next farm bill can solve two major issues that are rapidly destroying the environment and the world’s food supply.

The first of these issues is the loss of natural lands due to the rapid outward expansion of urban cities, permanently damaging the environment. Once concrete is poured and skyscrapers are built, the land below that once fostered carbon sequestering plants and soil will never be recovered. Properties that provide natural land, open space, critical habitat, and contribute to the world’s food supply are falling victim to continuous population growth and industrialization around the nation.

The second issue is the federal estate tax inhibiting agricultural landowners from passing their land on to the next generation, resulting in forced land sales. The federal estate tax burden is causing owners of natural land and productive farmland to have no choice but to sell their property, resulting in more land being developed and industrialized. However, it is not too late to shape the future of land conservation on a large scale.

President Biden’s goal of conserving thirty percent of America’s lands and waters by 2030 can be met through the enactment of a new farm bill program with a twist on conservation easements to create a new, voluntary conservation tool that maintains land values and property rights. This proposed conservation program includes innovative tax incentives that better pair the needs of landowners with the goals of the government.

Family farms are becoming an endangered species. This Article proposes a farm bill conservation program that addresses not only land loss and estate tax issues, but also addresses various hardships that are consuming the agricultural industry such as changes in landowner demographics, falling commodity prices, misinformation, and rural economies’ dependence on the agriculture industry. This proposed conservation program should be enacted in the 2023 Farm Bill in order to yield the best results for environmental conservation, food supply, and rural economies.