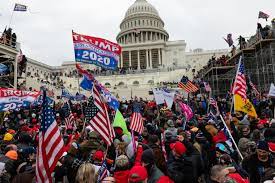 There has been a constant stream of news stories relating to the involvement of nonprofits in the January 6th attack and promulgation of the lie that former President Trump won the 2020 election. (Photo credit: Eric Lee / Bloomberg.) Here are some highlights: