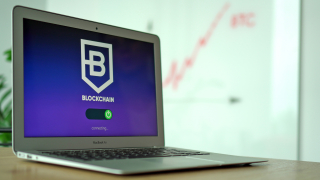 As I've discovered in the last week, charitable DAOs are a hard problem to crack. A big part of the problem is that they seem, to this point, to be a purely theoretical construct, so we don't know what they would look like in practice. But their decentralized management combined with their uncertain entity form produces a whole lot of uncertainty.

And a whole lot of interest! I got an email from the inimitable Professor Ellen Aprill with a couple thoughts on the question. (She wanted me to make clear that they were off the top of her head, not deeply considered, but they're unsurprisingly interesting and insightful.)

Before I get to her thoughts, on the entity question: like Professor Reyes, I suspect that for-profit DAOs are generally partnerships for state law purposes. (She argues that the joint and several liability that comes with partnerships is bad for DAOs and that they should, instead, look to the business trust form, an interesting idea that is beyond the scope of this blog post.)

To the extent that a DAO is an entity for state law purposes, it almost certainly defaults as a partnership for tax purposes.

But a charitable DAO is harder to place. Because it is not two or more people carrying on as co-owners a business for profit, it's not going to default as a partnership. And, in fact, it may not qualify as an entity at all (absent some sort of state filing).

Professor Aprill suggests that maybe a charitable DAO could be treated as an agent for its donors, not unlike a crowdfunding campaign. In that case, the DAO doesn't really exist for tax purposes; it's just agglomerating others' money. In that case, I assume, if it gives that money to a charity, its tokenholders get a charitable deduction for the amount they gave. If it just uses the money to do good without a charitable intermediary, they don't. (She points out, though, that there could be a real administrative burden if people are donating enough to need some sort of substantiation for tax purposes; again, it's an administrative tax that DAOs don't seemed designed to comply with.)

She points out that the section 501(c)(7) tax exemption for clubs is premised on the idea that the purpose of clubs is to provide benefits for members. Essentially, the members are paying collectively for something they could have paid for individually. As a result, it makes sense not to tax the club on member dues. Maybe analogously it would make sense not to tax charitable DAOs, at least on money contributed by members? (She points out that this wouldn't extend deductibility to tokenholders; members of a club can't deduct their contributions to the club.)

In any event, the question of DAO entity status is an important one. And the question differs for state law and income tax purposes as well as for for-profit and charitable purposes.

For real I need to stop writing about charitable DAOs because I'm using up image ideas from Unsplash. Today's photo is by Morthy Jameson on Unsplash.

I think DAOs would default to nonprofit unincorporated associations, at least in California.

Interesting read, thanks for writing this! So if you were to create a charitable DAO, you think you can promise that all donations can also be used for deductions or are you just hypothesizing that might be the case?