Charity on the Blockchain 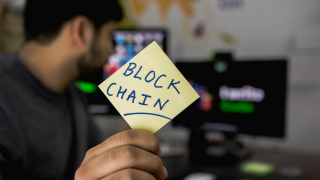 Over the last couple weeks, decentralized autonomous organizations (or "DAOs") have made it to the news, primarily because of ConstitutionDAO, a DAO created to bid on and acquire a copy of the U.S. Constitution. (It lost to Ken Griffin, the head of Citadel.)

So what is a DAO? Professor Carla L. Reyes has published a fairly comprehensive explanation but, for purposes of this blog post, I'm going to drastically simplify. Essentially, a DAO is an informal(-ish, at least) agglomeration of people who contribute cryptocurrency to an endeavor. With the contributed capital, the DAO funds whatever endeavor it is going to pursue.

In exchange for the cryptocurrency individuals donate, they get a token that gives them certain financial and governance rights in that endeavor. The idea broadly seems to be to flatten governance--instead of some kind of board of directors, the DAO is governed by the direct vote of all of its token-holders. And because all votes and decisions are available publicly on the blockchain, the DAO is (the theory goes, at least) completely transparent. Strangers can come together and do things because the blockchain has eliminated the need for trust; transparency means nobody can get cheated.

Lest this turn into a utopian bit of DAO cheerleading, note that there are some real downsides to DAOs. The big one--or at least the big one in the news right now--is that contributing to a DAO and, if the DAO fails in its endeavor, getting your money back, can be tremendously expensive.

So why, on a blog about nonprofits, am I writing about DAOs? Glad you asked. According to the Ethereum website, one use-case for DAOs is as a charity. A DAO, it explains, "can accept membership and donations from anyone in the world and the group can decide how they want to spend donations."

And this is technically correct. The ability to do charitable work isn't limited to nonprofits and tax-exempt organizations. The Chan Zuckerberg Initiative, for example, was organized as a limited liability company, forgoing tax benefits in favor of more control. And there's absolutely no reason a DAO couldn't do the same thing.

To the extent a DAO wants to avoid paying taxes on its income and provide deductibility to its donors, though, it's likely out of luck. As best as I can tell, one of the selling points to creating a DAO is that you can avoid creating a formal entity. To qualify as tax-exempt under 501(c)(3), though, requires an exempt organization to be formally organized in certain ways. Moreover, a direct-democratic approach probably doesn't fit well with the tax-exempt model, which requires exempt orgs to do and to refrain from doing certain things. Unless at least a majority of the tokenholders were versed in the dos and don'ts of exemption (or unless somehow the smart contract underlying the DAO required and forbade certain activities, irrespective of the majority's wishes), a charitable DAO would risk doing things that would disqualify it from exemption or not doing things necessary to qualify as exempt.

This is, of course, only a sketch of some of my concerns about charitable DAOs. I need to think (and hopefully write!) more fully about it. And it's worth reiterating that the fact that a DAO likely doesn't fit the model of tax exemption doesn't mean it can be operated charitably. Plenty of people do charitable things, even if they don't itemize and can't take a deduction for those charitable things.

Photo by Hitesh Choudhary on Unsplash. I'll note that it's really hard to find a picture of "blockchain," so I decided to take the easy way out.