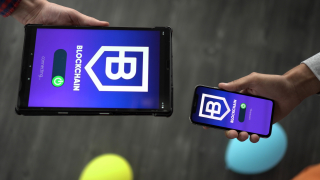 This morning, I got an email Professor Harvey Dale with some important questions and comments on yesterday's post about charitable DAOs.

Professor Dale asked whether I was certain that members of a DAO wouldn't be able to take a charitable deduction. Not, of course, for their contribution to the DAO. But if the DAO were to pass that money through to a charitable organization, could donors take a deduction?

And, while my thoughts aren't yet fully fleshed out, my initial thought is that they probably can, though in large part it depends on how a DAO is classified for tax purposes. If it's merely a non-entity agent acting on behalf of the donors, then they would presumably get a deduction when it gave the money to charity. Similarly, if the DAO is treated as a partnership, partners should get a pass-through of the deduction. If it's treated as an association taxable as a corporation, on the other hand, donors would not get a deduction when the DAO made a distribution.

The thing is, though, if that's how a charitable DAO is used, it sure looks a lot like a donor-advised fund. Only worse, because (a) donors would only get a deduction when the DAO donated the money to charity and (b) in addition to passing through charitable deductions to the token-holders, the DAO would also pass income through to them. With a donor-advised fund, by contrast, any income earned on securities in the fund are exempt from taxation.

Also, assuming I'm right that DAOs (generally) wouldn't qualify for tax exemption, deductibility only happens if a DAO takes its money and contributes it to an operating charity. If, instead, the DAO decides to do charitable work itself, that money would never be deductible.

Ultimately, then, I'm still not convinced that charitable DAOs provide advantages over traditional tax-exempt organizations or over Chan Zuckerberg Initiative-style for-profit LLCs with charitable purposes. And I'm not sure that anybody has actually pursued creating a charitable DAO in the real world. But I'm grateful for Professor Harvey's important questions about entity and pass-through treatment of DAOs; these are things that anybody who wants to form a charitable DAO will have to wrestle with.

Again I'm cheating with my image. This time, it's by Morthy Jameson on Unsplash .