WBEZ and the Chicago Sun-Times 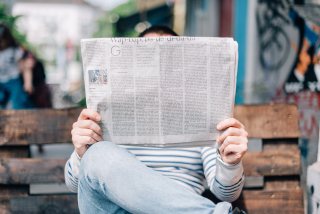 WBEZ, Chicago's NPR station, is reporting that its board of directors approved a "non-binding letter of intent" to pursue the acquisition of the Chicago Sun-Times, one of two large legacy newspapers in Chicago.

The Sun-Times has, like many newspapers, been facing financial difficulties over the last couple decades. It filed for bankruptcy about a dozen years and has changed hands a few times since then.

As best I can tell from the article, the Sun-Times would continue as an independent organization, but would join WBEZ as a nonprofit, tax-exempt organization.

But legacy newspapers have also gone the nonprofit route. In early 2020 (iirc), the Salt Lake Tribune became a tax-exempt nonprofit. And so far it seems to be an effective move for them. It will be interesting to watch how nonprofit status treats the Sun-Times (assuming this deal goes through) and the Tribune. To the extent it can help preserve local journalism, it will, I think, be a good thing.

Photo by Roman Kraft on Unsplash