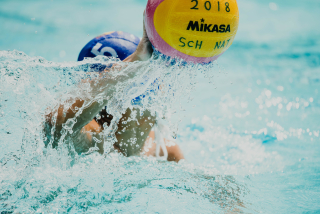 In keeping with yesterday's discussion of college athletics, yesterday, an article about William Singer and the Varsity Blues admission scandal came up in my Twitter feed yesterday. And, while I haven't really thought about Singer in a year or two, it's worth revisiting a little.

The news hook is that the prosecution rested its case against Gamal Abdelaziz, who is accused of paying $300,000 to get his daughter into USC as an alleged basketball player, and John Wilson, who paid a total of $1.2 million to get his three kids into USC, Stanford, and Harvard as athletes. These are the first two parents to go to trial, though 33 of the 40 parents charged have pleaded guilty.

The news from yesterday has two main takeaways. First, a forensic accountant testified that Singer personally made nearly $28 million in the scheme.

And beyond the fact that it involves college athletics, the relevant nonprofit news has to do, at least a little, with the defendants' defense against the charges: both claim that they thought they were making legitimate charitable donations, through Singer, to the universities. (Abdelaziz claims that he believed $200,000 of the $300,000 he paid Singer was going to be a donation to USC.)

And Singer structured the scheme to provide for that type of deniability (and tax deduction). Remember, Singer laundered the donations through the Key Worldwide Foundation, a tax-exempt organization.

It will be interesting to see if using KWF ultimately helps the defendants or not. But, with the current trials and at least four to come, it's worth revisiting the Varsity Blues college admissions scandal.

Photo by CHUTTERSNAP on Unsplash