University of Louisville Settles Legal Dispute with ex-President for $800,000 Paid by Insurance Company 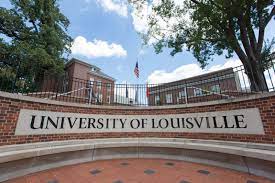 The Associated Press and The Courier Journal report that afters years of litigation and spending more than $6 million in taxpayer funds, the University of Louisville and its affiliated foundation have agreed to resolve their legal dispute with ex-President James Ramsey for $800,000 paid under the foundation's directors and officers insurance policy. President Ramsey served for 14 years, but his tenure ended in turmoil after allegations arose relating to improper spending by both the university and the foundation, including allegedly excessive compensation paid to Ramsey and his then chief of staff. The original complaint filed by the University and the foundation can be found here.

An earlier news report stated that the IRS was auditing the foundation, presumably based at least in part on the public allegations of wrongdoing. The most recent report states that the foundation has released its tax claims against Ramsey as part of the settlement. But it is unclear to me how that agreement could prevent the IRS from imposing self-dealing or other excise tax penalties, if it chooses to do so.