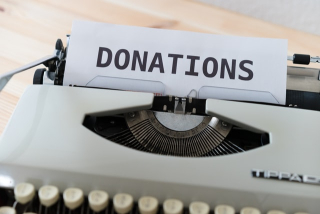 Donor-advised funds are a kind of weird hybrid between private foundations and public charities. As with private foundations, itemizing donors get an immediate deduction for donations even if that money doesn't go to an operating charity immediately. Donors don't have legal control over how their donations are distributed, but they have effective control.

Because of the way DAFs are structured, though, they're treated as public charities for tax purposes. That means, among other things, that donors can take advantage of the higher deduction limits applicable to public charities. It also means that DAFs don't face the 5-percent distribution requirement that applies to private foundations.

DAFs argue that a distribution requirement would be superfluous. After all, they say, aggregate DAF payouts exceed 20% of DAF assets. So what good, they ask, would a 5-percent payout requirement do?

There are problems with that argument, though: for instance, the 20% calculation elides the heterogeneity of DAF payouts. While DAFs collectively pay out more than 20% of total assets, a not-insignificant portion (62% of commercial DAFs) have payouts of less than 20%.

There's nothing inherently suspect about that; some donors may move to a different DAF because they change banks, want lower fees, or want better returns. But counting these transfers as DAF payouts overstates--perhaps significantly--the amount of money flowing from DAFs to operating charities. And if one of the reasons DAFs shouldn't have to comply with a distribution requirement is that they already make distributions, well, this data undercuts that reasoning.

Photo by Markus Winkler on Unsplash