James Huntsman and the Return of Charitable Contributions 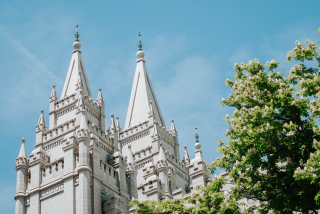 A couple weeks ago, a California federal judge dismissed a lawsuit filed by James Huntsman against the Church of Jesus Christ of Latter-day Saints. The suit got a reasonable amount of attention in my (Mormon, legal) circles, and seems to have gotten a fair amount of play in Utah, for two reasons. One is that it involved the Mormon church and a mall (more on that in a minute). The second was, it involved James Huntsman, brother of former (among other things) Utah governor Jon Huntsman and part of the prominent-within-the-Mormon-church Huntsman family.[fn1]

And what was his suit? In short, Huntsman was suing for the return of a couple decades' worth of tithing he had paid into the church.

As we all know, unless you make a restricted gift to a charity, the general rule is that once you make a charitable contribution, the money is out of your hands. If you don't like what the charity does with the money, you take your charitable deduction and you stop donating to that charity going forward. But you can't get your unrestricted donations back. (And in case it doesn't go without saying, tithing payments are unrestricted gifts.)

Huntsman tried to circumvent that general rule by claiming he'd been fraudulently induced into paying tithing to the Mormon church. And the fraudulent inducement? He'd relied on a statement by at-the-time church president Gordon Hinckley that the church didn't use tithing funds to build the City Creek mall.

This starts to become a little Mormon inside-baseball, but the City Creek mall is a shopping center across the street from the church's Temple Square in Salt Lake. Opened in 2012, the church spent north of $1 billion in constructing it, and it became something of a flashpoint for certain Mormons and certain critics of the Mormon church.[fn2]

Huntsman claimed that he had relied on Hinckley's statement in paying his tithing, but the church did spend tithing money on the development, and so he was defrauded. He didn't have any evidence that it had, though: the best he could demonstrate was that the church had spent investment returns on its invested surplus tithing on the mall. So he was forced to argue that effectively there was no difference between tithing and returns on tithing.

That assertion ended up killing his chances. The court pointed out that in the Hinckley statement Huntsman claimed to have relied on, Hinckley expressly said that the church would be using its returns on surplus tithing to fund the mall. Which meant that, even if Huntsman relied on Hinckley's statement in choosing to pay his tithing, there was no fraud because the church had done exactly what it said it would do.

The court clearly came to the correct conclusion: generally, donors should not be able to get their donations back. What interests me most about this suit was how performative it was. And I guess I shouldn't be shocked: LOLsuits have been big in the political arena for several years now. But it was a little jarring to see performative and frivolous litigation hit the nonprofit/religious world.

(If you're interested in how I'd tell this story to an audience of mostly Mormons and Mormon-adjacent people, I blogged about it here and here.

[fn1] I've been told that a couple similar suits have been filed over the last couple years, but because the litigants have neither the money nor the name recognition of James Huntsman, they've largely been ignored by the media and by the public.

[fn2] I'll be frank: I don't understand the controversy. I mean, if the church had asked me about redevelopment, I would have suggested a truly urban-style downtown development without housing and independent shops and restaurants, not a mall. But it didn't ask me.

Photo by Aubrey Odom on Unsplash