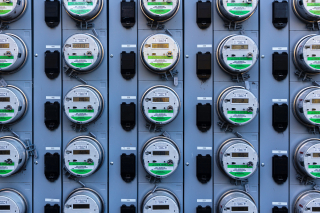 I'll admit off that bat that I haven't read through all of the 2,700-page infrastructure bill that the Senate passed last week. But on Twitter, Deseret News religion reporter Kelsey Dallas called my attention to a provision about halfway through the bill.

Section 40542 would create what it terms an "energy efficient materials pilot program." Specifically, it directs the Secretary of Energy to create a pilot program to help tax-exempt organizations increase the energy efficiency of buildings they own (and specifically it targets roofs, lighting, windows, doors, and HVAC systems).

The legislation is light on details about the program. But it appropriates $50 million for the pilot program, which is to run from 2022-2026. Organizations that are exempt under section 501(c)(3) can apply for grants of up to $200,000. The specific criteria by which the Secretary will choose which grants to award aren't established in the legislation but the legislation creates a broad structure for qualification. Grants are to be based on the energy savings the project achieves, the cost-effectiveness of the use of energy-efficient materials, the tax-exempt's plan for evaluating, measuring, and verifying energy savings, and the tax-exempt's financial need.

This legislation has been in the works a long time; it was originally introduced in 2021 by Senators Klobuchar and Hoeven with the help and support of the Union of Orthodox Jewish Congregations of America. It had broad support in the nonprofit sector: in 2013, Nathan J. Diament, the Executive Director of Public Policy for the Union, testified that, among others, the U.S. Conference of Catholic Bishops, the National Council of Churches, the YMCA, the Association of Art Museum Directors, and the Jewish Federations of North America supported the bill.

In his testimony, Diament referenced an EPA study but, thanks to link rot, that study is no longer at the end of the link (though it is also referenced by the Center for American Progress). Apparently the EPA estimated (sometime not later than 2011) that if the 370,000 houses of worship in the U.S. were to reduce their energy consumption by 10%, they could save $315 million and reduce their greenhouse gases by the equivalent of 240,000 cars.

So why a special program for tax-exempt organizations? Because a lot of the federal support for energy efficiency comes in the form of tax credits and deductions. That's great for individuals and businesses that pay taxes but, as long as the credits are nonrefundable and nontransferable, less valuable to organizations that don't pay taxes.

In any event, provided the infrastructure bill passes the House, it's worth keeping an eye on what happens with this energy efficient materials pilot program.

Hey, my church is interested in applying for a grant that would assist with the energy efficiency throughout our church building. Where can we apply for the grant?

Interesting that a study of religious structures is used as research for improving tax-exempt org. buildings. Specifically, I wonder whether religious buildings will qualify for the federal grants envisioned in the legislation. Maybe a good question for the White House Partnerships Office?