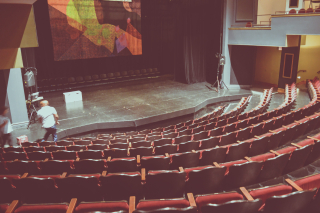 One June 30, Yale announced that its drama school had received a $150 million gift from David Geffen. With that gift, Yale has eliminated tuition for its drama students. It explained that his gift has "remov[ed] financial barriers to access."

The gift brings up a couple questions, neither of which is new, but both of which may be worth reexploring. The first is, does Yale really need $150 million more? And don't get me wrong--I'm in favor of both supporting artists and making education more affordable. But with its  $31.2 billion endowment, there may be other drama schools that would have benefited more from a $150 million gift. (I'm planning on writing a little more about this later in the week, so I'll leave it here for now.)

There are, of course, problems with reducing charitable deductions for naming rights. We'd have to figure out what the naming rights are worth and it would likely reduce the willingness of donors to make massive donations, which may or may not be a good thing. But it seems odd that we have this type of tax advantage. Because it's more than the upside-down subsidy of a deduction: this is a tax benefit that is essentially only available to the tremendously wealthy.

Photo by Annie Gavin on Unsplash.

Sam: It's quite likely that Geffen didn't get much of a tax benefit because it's not likely that he has $300 million of annual income. Warren Buffet, in a June 23, 2021, News Release (posted on the Berkshire Hathaway web site), wrote that “the $41 billion of Berkshire shares I have donated . . . has led to only about 40¢ of tax savings per $1,000 given. That’s because I have relatively little income.” That is about four one-hundredths of one percent. I'd bet that Geffen is in approximately the same boat.

Thanks Harvey. You're absolutely right that there are a lot more factors that go into deduction than just the amount. I've looked, but I can't tell from public information whether he donated $150 million in one shot or if he pledged that amount to be given over time. I also can't find whether it is cash or in-kind (or a combination of both). For that matter, I don't know whether Geffen has income or just appreciating assets. And all of those things factor into whether (and how much) he can deduct of this gift.