Trump Supporters, Nonprofits, and the Law 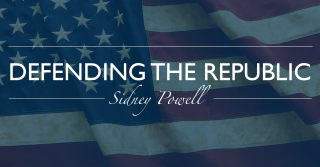 In 2016, the rise of Donald J. Trump turned a spotlight on his purported charitable activities and made "self-dealing" and similar legal terms headline news. With his departure from office (and the dissolution of his family foundation in the face of a New York Attorney General lawsuit), it might be expected that such topics would once again return to news obscurity. But legal issues raised by the involvement of some of his supporters with nonprofits continue to garner new headlines.

Just in the past month, three prominent supporters have had that spotlight shine on them and their nonprofit-related activities. As reported by the Washington Post, federal authorities have indicated Brian Kolfage, who worked with Trump-advisor Stephen K. Bannon on the "We Build the Wall" crowdfunding campaign and then 501(c)(4) nonprofit, with filing a false tax return for allegedly failing to report hundreds of thousands of dollars he received from that effort and other sources.  And as reported by the Associated Press, former Trump campaign lawyer Sidney Powell now faces accusations in the lawsuit brought against her by Dominion Voting Systems that she used Defending the Republic, which claims to be a 501(c)(4) nonprofit, to pay for her personal legal expenses, an accusation she denies. And the fallout for Jerry Falwell, Jr. continues as Liberty University has now sued him for breach of contract and breach of fiduciary duties based on his alleged cover up of a personal scandal that led to his resignation as president and chancellor of the university.

Finally, congressional democrats continue to push for more information about possible tax-exempt nonprofit organization involvement in the January 6th attack on the Capital. As reported by Tax Analysts (subscription required), at this past week's ABA Tax Section virtual meeting a senior advisor to the Senate Finance Committee noted that Chair Ron Wyden remains interested in ensuring the IRS looks into which tax-exempt organizations helped plan the riots and whether any of them incited violence, thereby undermining their tax-exempt status.